Can the EU Return to just a Trade Union? 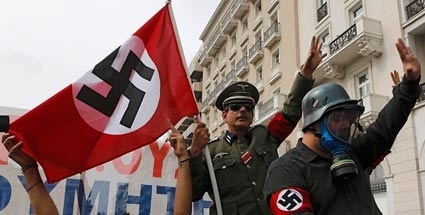 When the EU reaches their “Oh shit!” moment will it be able to devolve back into an Economic union? Is there any possibility that the fall in the Euro will rescue the EU?

ANSWER: Human nature seems to dictate that will not happen. The attempt by the elite to force a federalized government will only foster the resentment. The Foreign Minister Witold Waszczykowski of Poland said: “We now know what that is, an EU under the dictate from Berlin.”  The Greeks are resentful of Germany as are the Spanish and Italians and we see the same trend emerging in France. This attempt to force a single government upon Europeans has only fanned the flames the burning wounds from previous world wars.

Those who have taken up jobs in Brussels have no job without a federalization of government. So you have tens of thousands of people who suddenly will be out of work and then you have pensions they voted for themselves. They have far too much self-interest NOT to compromise. It will be an all or nothing affair and that is the sad ending for the EU. It will be too late to return to a simple trade union like NAFTA.