Are Cycles Universal or Regional? 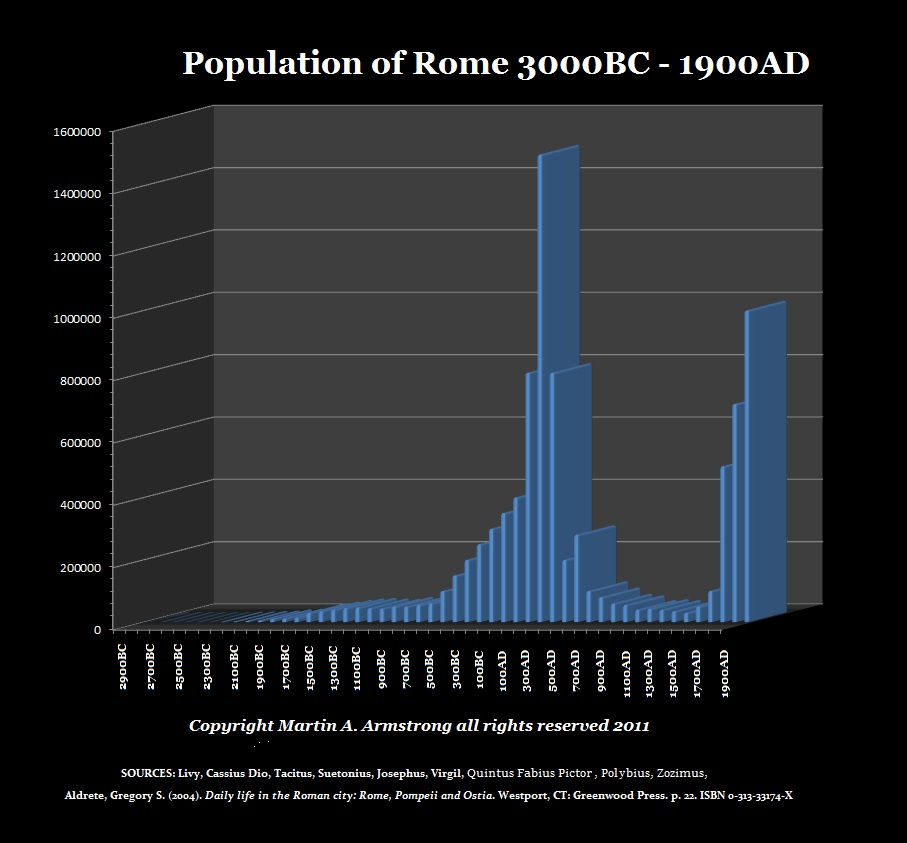 QUESTION:  I have a question regarding cycles. You provide some very detailed, historic references showing why certain events are occurring now (again). Is there a disposition for something that occurred in the past to be destined re-occur for a particular region/country (i.e. Greeks abandoning property due to excessive taxation) because it happened once and now the propensity to repeat that causal action again is “in their DNA”. Is that something we as Americans do not yet possess because we have not been around long enough to experience a “fall of Rome” type event?

ANSWER: Cycles are based upon two element – (1) nature and (2) human nature. Some regions will be prone to natural disasters while others are not. Ironically, many of the best ports where cities grew such as Tokyo and San Francisco just as examples, were great harbors because of earthquakes. The landscape in California is strikingly beautiful compared to the flat plain in Oklahoma, again because of earthquakes. The rocks that appear in Central Park in New York City are there because an earthquake fault runs through New York City making the harbor what it was. Hence, there are cycles that impact only on a regional basis due to nature.

With regard to Greeks walking away from inheritance because they cannot pay the tax, this is inherent to all societies when government goes too far. They imposed harsh laws in Vancouver against foreign real estate buyers and the market crashed. Because it was a local law, they moved to Victoria and Toronto. In Australia, they are seizing properties owned by foreigners and selling them off. All of these types of interventions are reactions to events set in motion externally. 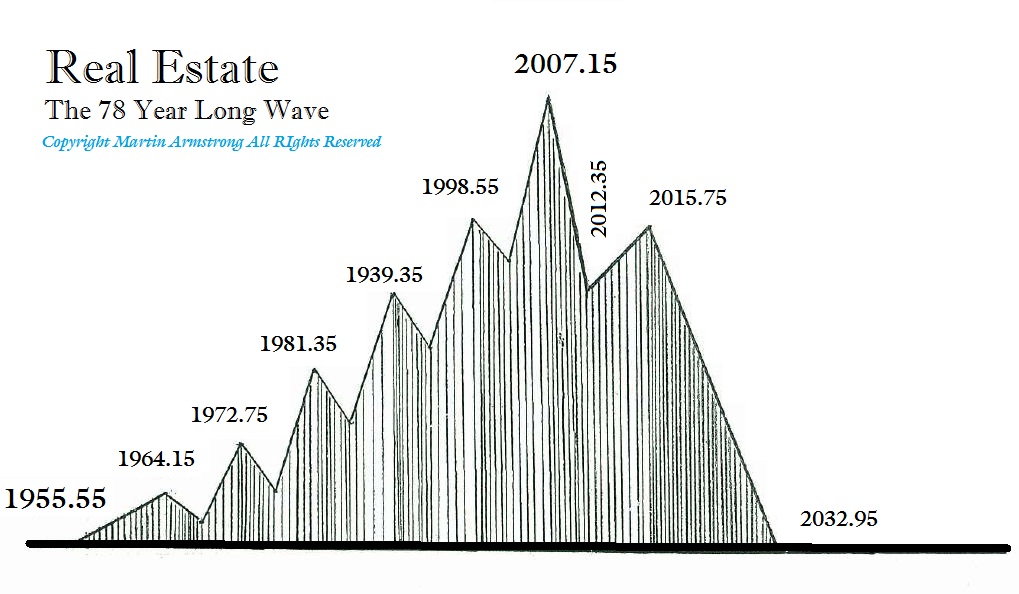 That said, this is the US cycle for real estate as a national whole. I just bought a house in Florida at about 50% of its 2007 high value. Trophy spots for the high end where people are just parking money we warned would make new highs going into 2015.75 – but that is not the bulk of the market. Why is the US market (minus trophies) down hard when that is not the case in other countries? The difference is the regional issue. In the USA, many people have 30 year mortgages. In Canada, the best you can get is a 10-year fixed mortgage. In Germany, you can get up to a 15-year fixed mortgage.

We must understand that property values are LEVERAGED, so if the money for fixed rate loans dries up because of interest rate hikes and political uncertainty, then real estate prices MUST fall. This is all because of the leverage that was deliberately injected into the real estate market during the Great Depression for property fell  in value so far, only cash buyers could buy anything. Farm land fell in value to below what it was sold for by the government more than 80 years before.

Real estate is different from stocks and gold. Yes it is a place to park money. However, be careful because without mortgages available, it falls further than other tangible assets because it has been LEVERAGED! Moreover, it is a fixed asset, meaning you cannot leave with it. Therefore, people are forced to simply walk away when (1) the tax burden is too high and (2) there is war and the region is being invaded.