Censorship – Trying to Cover Up the Truth 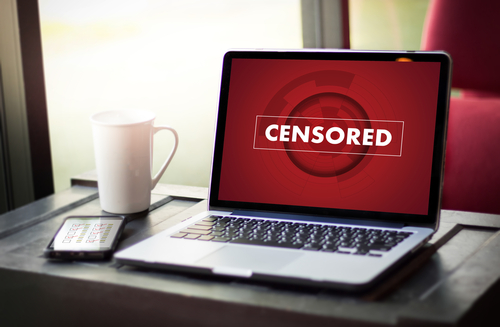 QUESTION: I have concluded that you are the most censored analyst perhaps in history and they always said you were the guy who knew too much. I even read that in a new book entitled, Occupied, mentioning you. The fact you are being censored proves what you have to say is the real thing and someone can’t stand that. The New York Times, Bloomberg, Wall Street Journal, MSNBC, nobody ever quotes you. Why do you think the press tries to ignore you? Has government told them to do so?

ANSWER: Yes, even when the Forecaster was made, there was a clip from Bloomberg. The film director was told they had no TV clips on my case. He then found one that someone saved. He went back to Bloomberg and said he had what they said did not exist. They contacted the New York Times, who also would not allow Gretchen Morgenson to be interviewed. The same result at the New Yorker Magazine. The list goes on. The man Oliver Brown from the prison agreed to be in the film and he states publicly the FBI showed up at his house and tried to intimidate him from not appearing. The distributor bought the rights for the US and then refused to show the film. Then NETFLIX senior management overrode the staff and would not show the film. So yes, this has been nothing but censored. It was on TV in Canada, Scandinavia, and throughout Europe. It was even on international flights to the USA. All of these efforts to stop the film in the USA proves it was on point.

In prison, I met former vice president of the New York Post. He explained to me how the press is manipulated. The Gov’t calls and says it has a favor. You do as they ask or they go after the journalist involved, typically for taxes. This is how the Government can control the press. This is what has gone on which is really over the top and the press has become simply propaganda. I had discussions with journalists from the New York Times and Bloomberg when I confronted Judge Owen about criminally altering the court record. Not a single story was ever reported when Judge Owen publicly admitted to a crime. The press was totally silent and would never report such corruption in the Judiciary. So why should judges ever worry about doing the right thing if the press is in their back pocket? I even wrote to the SEC and said just make up whatever you want me to say and let’s be done with it. Nobody will ever believe me if I said it was all fake. So what’s the problem?

I am not familiar with the book you mention. Yes, they called me “The man who knew too much” and even the lawyers said that’s why they would never give me a trial. You see in law, you never ask a question you do not know the answer to. I knew way too many people and the inner-workings of way too many things behind the curtain. There was no way they could allow me to testify publicly.

I also had taped phone calls concerning every manipulation by the bankers for more than 20 years. They could never give me a public trial. Impossible. If I was allowed to testify, international press surely would have reported my testimony even if the US press tried to block it.

Yes, they tried to kill me and I was in a coma for a few days, but to their dismay, I survived. Now, all they can do is tell the press to please ignore me. I am not fond of mainstream media anyway. The journalist may be honest, but the editors are not. The only journalist I ever trusted was at Reuters wire service by the name of Clive in London. Even he said print journalists will burn you and never return. The wire houses need to talk to insiders every day.

Here is one tape of a few that have survived.