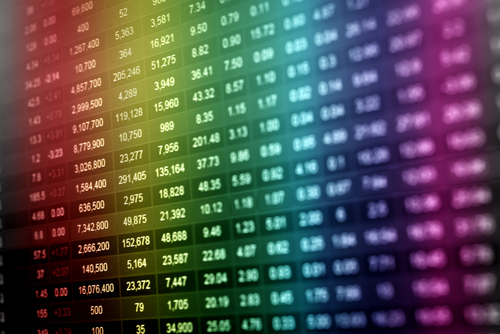 QUESTION: Martin; it seems the Emerging Markets are back in favor just as interest rates are on the rise and their dollar borrowings have exploded. Is this the final bubble that is unfolding? When the WSJ writes about a trend it is usually the end. They are noting that significant flows of funds are now going out of the US and into Europe. Is this time to sell the emerging markets and Europe? Picking up the rug here in Berlin, nothing seems to have really changed. Any comment?

ANSWER: Yes, the move back to Europe after the French election seems to be the relief rally that is always the case for hot money. The Emerging Market debt bubble is what I wrote about a few days ago that the rush to emerging markets has seen an explosion in new debt offerings. This is very alarming. People act like you should short the US stock market and buy Emerging Markets. You really have to wonder if they understand the global economy at all. The willingness of investors to buy debt securities is rooted in these bearish forecasts for U.S. equities. But the bulk of this is really desperate pensions funds who are in search of higher yields. This is by no means the start of some new Emerging Market boom of prosperity.  It reminds me of Andrew Melon’s comment when the stock market began to decline in 1929 before the bond meltdown in emerging markets back then: “Gentlemen buy bonds!”

The fool will jump in with both feet as always. You need people to buy the highs. The US equities have been in a sideways consolidation since February and their greatest vulnerability is Trump’s stupid firing of Comey that the Democrats are calling a Constitutional Crisis. Trump should have been wiser than this. The danger is this distraction holds off any tax reform for that has been the underpinning to the US equities.

A friend of mine was Chief of Staff in the White House years ago. We went to dinner after he won the position. He was so optimistic that he would be able to accomplish a lot. He knew my view he would never get to anything by the end of the day. After he left the White House we went to dinner. I said nothing. He burst out and said alright you SOB, I never got to a single thing I wanted to change. That is Washington for you. Trump’s greatest flaw is he fails to understand that. Stupid moves like firing Comey are costly. They will eat up time and delay everything if not block tax reform. Congress loves to investigate every leaf that falls to the ground and assign blame even in the middle of a wind storm. That’s just the way it goes in that city. Trump handed them a controversy on a gold platter.

As far as money rushing back to Europe, yes, there was the parking of money here for fear of the French election. But this is nothing more than a short-term knee-jerk reaction. European growth has nothing to offer long-term but higher taxes.

The US share market has been unable to make a significant correction and the numbers remains the same. The surge into emerging markets has been taking place over the past year and this has been the desperate search for higher yields. This is a bubble that is very dangerous and smells like the Russian one back in 1998.

The only way to bring about real economic change remains a rising dollar – not a lower one. That will kill the emerging markets. The US share market remains flat-to-lower and only a breakout to new highs will signal the next leg up. The main area to watch is the 20000 level in the Dow on a weekly closing basis.

Not a single European bank parking money at the Fed through their US branches have reversed that trade. Not a single major player among our clients has been a buyer of Emerging Market debt in this bubble. So the flows written about by the WSJ are indeed the tail-end and not some major brand new trend emerging.

Has Omarosa Manigault Newman Proves She is Unemployable?

In a NY Play they Stab Trump 100 Times for Entertainment

The Rising Movement Against Soros