Local Police Writing Tickets for Anything 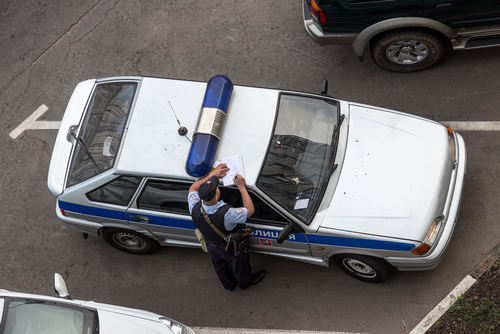 Message from the UK.

My brother went into town, and he put a cigarette out on the pavement.

Because he took 2 steps away from it before picking it up, he was told,

Of which his response was, you just saw me pick it up and put it in the bin

They fined him on the spot 80 pounds.

REPLY: Local governments are the worst. They will be attacking people for anything and everything to fine them. Another person wrote in that they were fined for pouring a coffee in the street drain $100. I mention when I parked at Starbucks in a private parking lot, the first car was over the space line so every other car was slightly over by about 12 inches. I came out and there was the cop pulled in behind everyone so you could not leave and gave everyone parking tickets on private property. Totally illegal. But you pay $75 for the fine or take a day off from work. They know what they are doing.

A friend was given a ticket for looking at their cell phone while at a red light. They went to court to prove they were not texting or talking. They looked at Google Maps. The Judge said you are not even allowed to look at your phone and fined the $250.

This is insane for it cannot continue like this without causing society to just snap. This is how revolutions are formed. Those who work for government become abusive and arrogant. They end up becoming the criminals.

Germany – Trying to Form a Government Won’t Be Easy

Just Give the Government Your Money & Shut-Up

Austria Wants to Tax Any Search, Like, or Communication via Internet