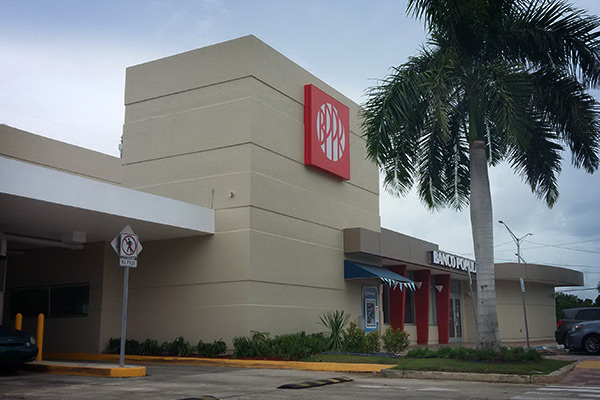 Spain’s Banco Santander is paying €1 to take over troubled rival Banco Popular, in a deal that illustrates Europe’s new system to rescue failing banks without burdening taxpayers or stressing markets. This is being cheered around the world because the shareholders lost absolutely everything. The bank which was valued in the collapse at €1.6 billion was bought for €1. Forbes wrote:

“This is an excellent example of how the resolution of troubled banks should be done. The shareholders who employed the management which caused the problem lose all their money. The depositors, who were and are not responsible for the bank’s troubles, are protected. And we don’t end up with some great smouldering hole in the financial landscape where Popular used to be, we get new capital raised instead. Further, no taxpayer has been harmed in this operation.”

Santander said Wednesday it will take over all the shares in Banco Popular, which had lost more than half their value since last week as concerns grew about the lender’s financial health. It will raise around €7 billion in a share issue to strengthen Banco Popular’s balance sheet. This “takeover” was conducted in an auction sanctioned by European authorities after the main banking regulator in the Eurozone, the European Central Bank, said Tuesday that it believed Popular was “failing or likely to fail.”

This was the first time the ECB had pulled the plug on a bank since it was given new powers aimed at preventing the rescue of banks from overwhelming government finances. European leaders had all agreed to move banking supervision to the EU level. Hence, the ECB took over supervisory responsibility on in November 2014. The collapse was caused by €7.9 billion in non-performing assets, including €7.2 billion in real estate. Banco Popular shares fell about 38% last week and then another 20% this week, to 0.32 euros per share before regulators halted trading in its shares. The bank had 305,152 shareholders as of the end of March.

The sale is “in the public interest as it protects all depositors of Banco Popular and ensures financial stability,” said the European agency that manages failing banks in the 19-country Eurozone, of which Spain is a member. The Spanish government had previously ruled out bailing the bank with taxpayers’ money. The Spanish Economy minister Luis de Guindos said the sale was “a good outcome” given the shortfall of the lender over the past weeks. He added that this takeover “ensures the maximum protection for depositors and the continuity of the bank’s activity.”

So now comes the €64 trillion question. If government will not bail out banks, then eradicating all value to shareholders attaches a completely new kind of risk to shareholders. If they were investors in a manufacturing company that went bust, the assets would go into bankruptcy and there would be a realistic sale of assets.  What has just taken place is that if the net asset value of the bank, its own building, property etc., were say even 20% of the share value, then the shareholder faces a 100% loss in bank stocks compared to any other share investment. That leaves one poignant question? Why buy bank stocks at all?

The problem with banking is the model fails every time thanks to the business cycle. They borrow on demand and lend long-term. In a panic, the demand wants its cash now and that cash is tied up long-term. Hence, there is a liquidity crisis and the bank fails. This is why the idea of securitization was popular. The banks make the loans and then sell them in bundled lots (asset backed securities) so they still have cash. The bundles they sell is what went bust in 2007 because some banks held their own stuff like Lehman and Bear. The model has inherent problems because the assumption is Marxist in nature – they can eliminate the business cycle.

A new risk has just been created. Instead of a bailout loan to bridge liquidity problems as was the case with the original elastic money development of the Clearing House certificates during the 19th century, we now have no government support for which elastic money was invented and bank shareholders are subject to total usurpation of their assets and denied the normal property rights attributed to a free society. The “elastic money” is now central banks trying to “stimulate” the economy solely by means of purchasing government debt when it was authorized for the Fed in 1913. It was to buy corporate debt to bridge the gap until the panic was over. Corporates repaid their debt, so it worked. World War I came and politicians ordered the Fed to buy their paper – not corporate. Today, elastic money no longer serves to bridge the economy during a crisis. It has become life-support for government to keep spending as if nothing happened.

Something is seriously wrong in the development of how we manage the economy. Shareholders rarely have full transparency in bank management to be able to make prudent and informed investment decisions. Welcome to the new crisis created by yet another solution. Who will buy bank stocks when the risk factor become a total wipe-out – 100%? This is why I have warned that European banks stocks you better run and hide. A good stiff wind will lead to a 100% loss.