I am a long time reader of your blog from India. I am learning about a lot many things about Finance & Economics from your blog, than I learned by going to College. Truly, what is being taught in Academic institutions is far from what actually happens. I am an Investor and just subscribed to the trial pack of Investor Level Access. I wonder when you will Launch Socrates Trader Level Access.

Speaking about markets, Dow has fallen after the Labor Day, but there is no follow through action to the downside. It seems like the Markets are in no mood to fall. Your gold forecast is amazing. After closing above 1299, Gold has zoomed towards 1338-1352. Hats off to you. But even with Golds rally, Dow has not corrected. What is your view on Dow and if possible share your view on Indian Markets.

ANSWER: While this is a period for a correction in the Dow, keep in mind we do NOT expect a major correction. You have two possibilities to set things up for a slingshot.

(1) you get the deep correction confined by the Reversals

(2) a very sideways correction with large short-positions being taken yet the market fails to follow through. 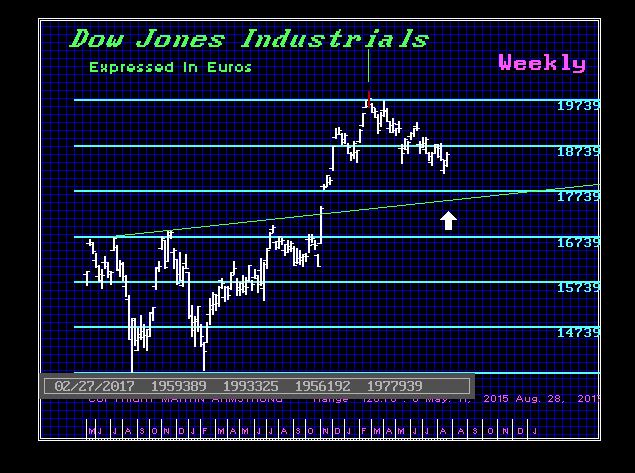 Typically, the first pattern sucks everyone domestically in and creates the Bear Trap. The second pattern ends up very shallow because the correction is more pronounced in foreign currency so the foreign buyers are absorbing the short selling.

It is still too early to yet determine which pattern will unfold but so far we definitely have pattern TWO in play since February. We must get beyond this week. I will post the numbers that will determine this outcome on the Private Blog.

I am really pushing for the launch of the next level up on Socrates. I am hoping they will be released before the WEC. There are are two divisions to this project. (1) is Socrates which has been ready for some time yet (2) is  the delivery site itself. That is where the problems have been between banks, data providers, and simply design and coding. The analysis part has been done for years.

(1) We have the overall view which is geared for the investor rather than a trader. Here you can see what the trend is on various instruments and get a sense of when the trend will change. This overs about 500 instruments right now and is functioning.

(2) The Intermediate level where we will provide the short-term view for those more interested in following markets closer to the vest.

(3) This is the first stage of Professional Trader where you get the Reversals, arrays, and both the short- and long-term perspectives of each instrument.

(4) We have the Institutional Version up with access to 500 instruments right now, but that runs at $5 million annually per institution. 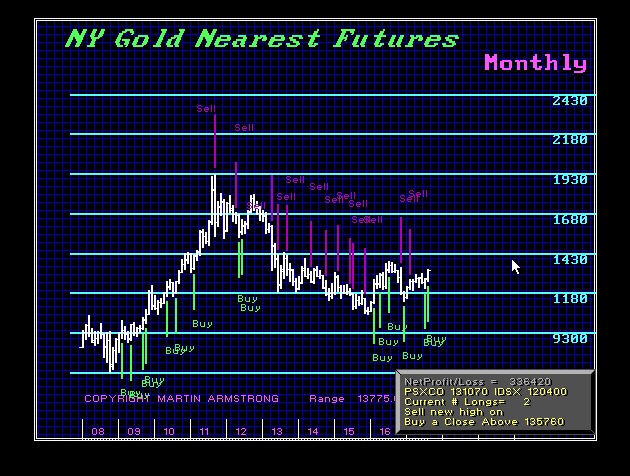 The Professional Trader Version will be eventually added after we get the first three version up. Here you will see what positions the computer has taken and you can run it with a variety of settings back to inception of a file to test the historical theoretical track record of what it would have done. 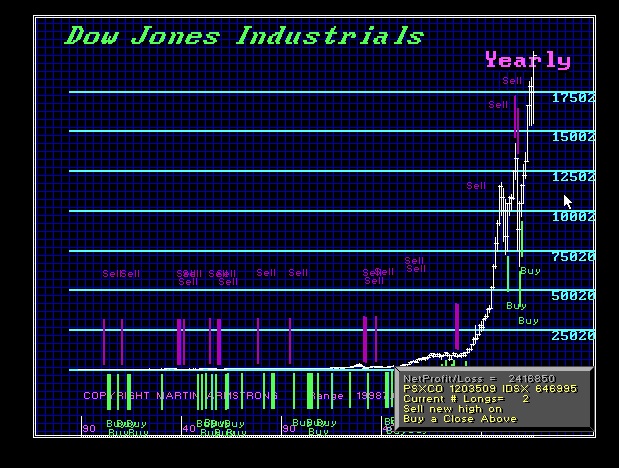 For example, here is what the computer did on the Dow on a yearly level only. In theory, assuming you could live from 1790 to date, one contract would be up almost $3 million. Obviously, this is not practical for a trader. This is much more relevant for portfolio management. 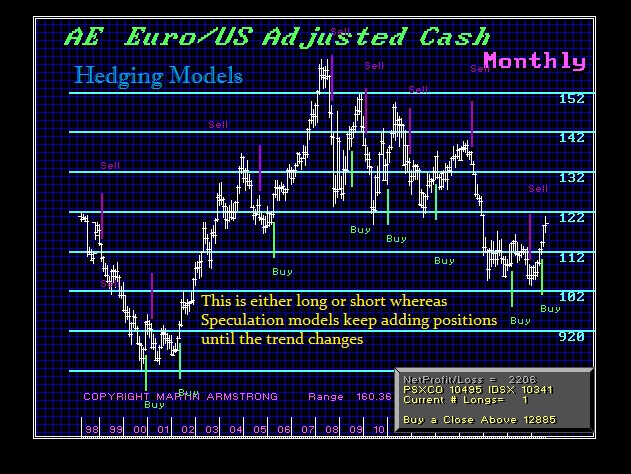 The Institutional Version will be expanded to incorporate the Asset Allocation models as well as Hedging Model. Hedging is distinguished from speculation by simply being either long or short compared to Speculation Models that continue to all positions until the trend changes.