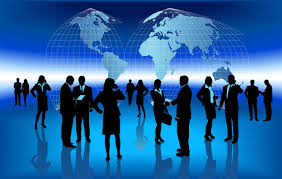 QUESTION: If hoarding and the flow into private equity is the way out of government debt obligations, does this point to an eventual rise on the low volumes of trading and will it reach historical volume levels again? I am guessing no.

Though it has only been a few short years that I found you, it is easy to see the results of your models translated into your blogs as it is reflected in my increasing investment results. Tenaciously I have tried to confirm certain data only to reach an impasse. Now I see the years and mountains of data you have assembled. I have never heard of a business model such as Princeton and ArmstrongEconomics where profits were reinvested into a large staff only to collect data on such an enormous scale only to satisfy your interests, yet it succeeded. Another solid call.
Your past blog stating “here we go” (which I can not seem to find at the moment) was immediately followed by the markets freaking out as you referenced in Herbert Hoover’s description “… like a loose cannon on the deck of the world in a tempest-tossed era.” Martin, you have driven an interest into me that is taking away my sleeping time and I love it. NBA player Dennis Rodman said “Sleep when you’re dead.”
I too have pictures in my head every day of the possibilities that may come, resurrecting the images taught to me by my immigrant parents while they were children during WWII. Images of the effects of governments on the people, the soul/sole of a nation haunt me. How it was possible for the wit and determination of the citizens to survive such hardships are of utmost importance in coming times.
Though some wish not to think of such calamitous possibilities, being prepared is a wise move.
Thank you, and please don’t take others’ criticism too harshly as future results will change the opinions of most.
Strangely that is what they need.
RH

ANSWER: Don’t worry. In trading if you want to sell the high in a bubble top, there has to be someone who buys it. There always has to be the opposite view. The people who say I know too much is a statement in itself that means they are incapable of learning and are too resentful. They are usually the people who explain their failures by blaming others. That’s why they cannot advance. There are people with experience in medicine. Would you say they know too much so refuse to listen?