ECB Worried Who Will Buy Government Debt if they Stop? 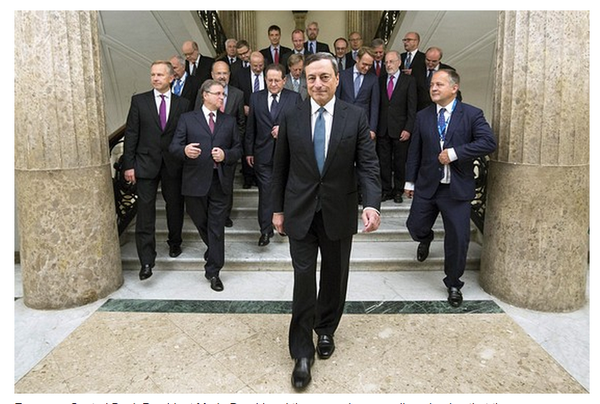 According to RELIABLE sources behind the curtain, the crisis in Spain led to a significant amount of selling Spanish debt to the European Central Bank (ECB) which has meanwhile swelled to 2.3 trillion Euro. There are problems now emerging in Italy and the appetite for government debt at low rates is not as strong as being portrayed. The ECB’s expansive economic stimulus package of buying government debt is NOT going to be stopped so easily. At the next ECB meeting on October 26th, the bond-buying program is most likely going to continue and at best they might claim to extend the bond purchase program with a modest reduction in volume. The ECB has not commented on this position, but there are rising concerns that member states will be unable to fund their spending without the ECB or a dramatic rise in interest rates demanded from the private sector.

The crisis building is all about how will the governments keep funding their debts?

Who Earns the Money from Government Debt?

Debt & the Point of No Return

Our Flawed Monetary System & Why it is Doomed

The Fallacy of MMT

Where do US Multi-Nationals Hold Offshore Cash These Days?

Central Banks Made Govt Debt the Riskiest Debt of All Time