Rajoy Continues to Act in the Spirit of Franco Warning Spain Cannot be Trusted? 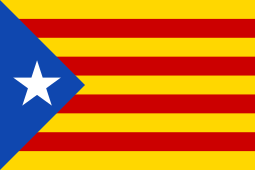 Spain is showing that it truly remains a fascist state in the spirit of Franco and Rajoy plans to just seize Catalonia. Meanwhile, the Catalan citizens’ movement, Assemblea Nacional, is calling on all Catalans to withdraw all their money as much as possible from one of the five largest Spanish banks to increase pressure on Madrid, These include Caixa Bank, Bankia, Sabadell, BBVA and Santander. Americans supporting Catalonia are also urged to withdraw all funds from Santander in the USA.

Behind closed doors, many are becoming very disturbed by the action of Madrid. They fear this is spilling over as a contagion within Europe for populist movements. The election in the Czech Republic with the overwhelming vote against the EU many fear will be repeated next year in Italy and much of the finger-pointing behind the closed doors our sources are calling Rajoy a “f**king idiot” to directly quote some political sources.