The Six Groups of Investors and Traders

There have been plenty of times that the professional is dead wrong and the average person on the street has actually outperformed the professionals. Reuters reported that 69% of hedge fund investors expected the second half of 2017 to be worse than the first half. So why are the professionals so pessimistic?

When you live and breath the market every single day, it is hard to get a grip on vertical markets. The professionals, more so that even the average street investor, tends to do worse in such markets because it makes them uncomfortable. Then there is the self-gratifying notion that the market is over when the retail invest comes in. But they tend not to look at the fact that there is a huge difference between the average retail investor and the person who has never invested who rushes in to join the party at the top simply be everybody else if there. 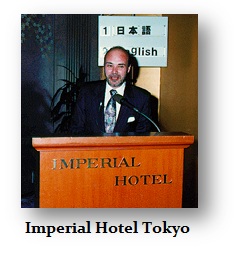 I have told the story before how I was doing an institutional only seminar in Tokyo at the Imperial Hotel. This individual bribed someone in the hotel to get in. He came up to me and apologized offering to pay. He said he just had to speak to me. I asked him what was the problem, He explained he had bought the Japanese share market on the very day of the high and now it was crashing. His investment was $50 million. But the intrigue came when he said it was the first time in his life he had purchased any stock. He then had my attention since I was talking to the guy who bought the high.

I asked him what made him buy that day for the first time in his life? He said brokers had called him every year saying the Nikkei rallied on average 5% every January with the New Year. He watched it for 7 years and then finally bought the high. That is what I mean as the difference between the average retail investor and the fool who rushes in at the end because everybody else is there. It is when that final group of people rush in that marks the end of the market – not when simply average investors buy who follow the market generally.

We have four actual groups:

In most real good vertical markets, it is the professional short-term traders who keep trying to sell the new highs. This has been the group that has been bearish ever since 2009. They never saw new highs coming, and they still will try to sell every new high today. They falsely believe that they are “professional” and so they will be right and the average investor is the fool. But the average investor sees the trend for what it is, goes with the trend, while the short-term “professional” keeps trying to beat the market.

Usually, the day trader who thinks he is limiting his risks and the program traders who try to arbitrage ticks will typically get caught when they suddenly find the lack of liquidity traps than in a position they cannot get out of.