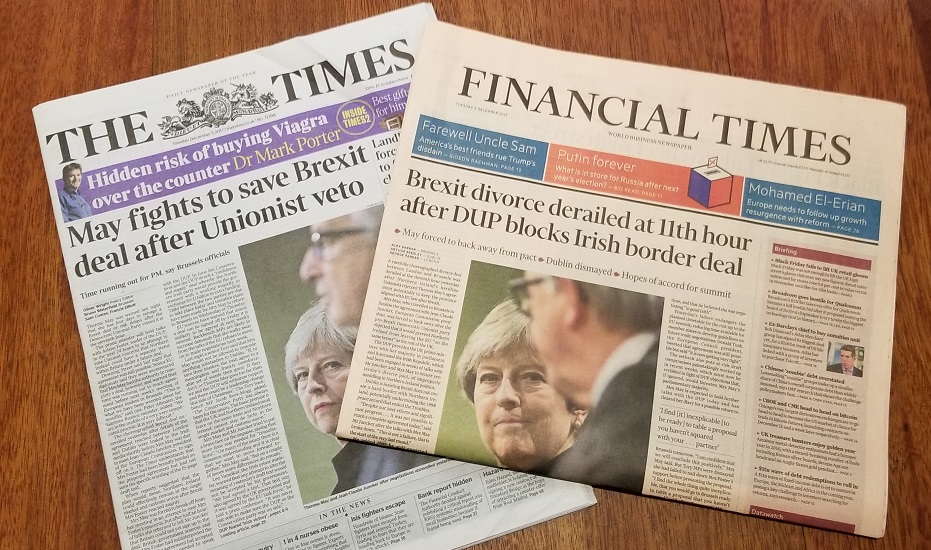 The top story in Britain is the collapse of BREXIT negotiations thanks to the stupidity of Northern Ireland. If Northern Ireland wants to remain inside the EU, we already have Scotland saying they would want the same deal and the Mayor of London adds his two-pence to the issue think he will save the City of London financial system.  Of course, none one of these people understands the first thing about economics no less they are surrendering power to Brussels. The Brits have always come in dead last in everything inside the EU. BREXIT was the only thing that would save Britain of it too will be dragged under by the failure of the Euro.