The Shifting Trends in Germany 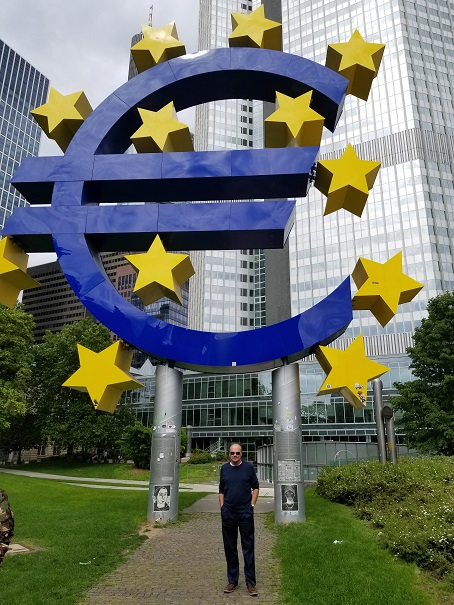 QUESTION: Hello Martin,
Thank you very much for opening my eyes to what is going on in the world. As you well know the public here in Germany is not informed about any problems concerning pensions, banks, economy or trade whatsoever, so most of the people I have spoken to are convinced that “we have never done better”. Everyday news report on the forming government – since the elections.

My first question is: will the Eurozone be in worse trouble than the European countries not belonging to it – if I understood right they can debase their currencies & thus make their goods cheaper. Or shall the worldwide distrust in banks ruin any trade advantages?

My second question concerns my great WORRY, as I´m not a German native, that when the things get worse the foreigners might not be as welcome as they are now. Would it then be better to leave the EU & go back to one´s home country (in the Balkans) or is this idea completely nuts?

Thank you in advance. I hope I´m not taking up too much of your time. Do keep informing those who are ready to listen what to do & when – YOU ARE THE CONSCIENCE OF THE WORLD!!!!

All the best
EZ

ANSWER: Yes I am well aware of what is going on. I appeared on a TV show there and the most curious thing took place. There was a girl who came in dressed in jeans. She appeared to be part of the camera crew, but she was just listening to me. She was not actually working. When I was done, she walked out of the high-security facility, hopped on a scooter, and drove off. She was there to monitor what I would say about government. The same in France. I have been in Europe this week for meetings, both public and private. I have probably spent at least 1/3rd of my life in Europe.

The problem with the single currency is that the policy of austerity creates deflation, causing higher unemployment, and lower economic growth. The idea is that money should retain a store of value quality, which historically has NEVER been the case. This conflicts with the debt issued in Southern Europe and it all about the federalization of Europe. As you are well aware, the AfD is rising and the likelihood of new election come March/April 2018 appears very good.

Now concerning the safety of foreigners. Unfortunately, the rise of the AfD is due to the refugee crisis. What happens as things get worse is that society will turn against ALL foreigners. During the Sovereign Debt Crisis of 1844, there were riots against the Irish immigrants. People viewed their unemployment was caused by foreigners coming in and taking jobs.

In China, there was the Boxer Rebellion (拳亂), which was a violent anti-colonial movement that expanded into an anti-foreign and anti-Christian uprising as well. That took place in China between 1899 and 1901, toward the end of the Qing dynasty.

History warns that when you turn the economy down, people will turn against the foreigners. That is the entire reason the AfD is rising.