Will England Break-Up Not Just the United Kingdom 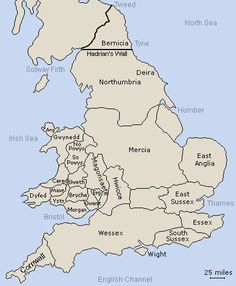 In your recent blog posts, you talk about the possible timing of the break up of Britain but you talk about that in terms of the regionalisation or break up of England only. Have you not said before that Scotland is likely to become independent sometime in the next few years? Perhaps you could explain how that possibility fits in this process? 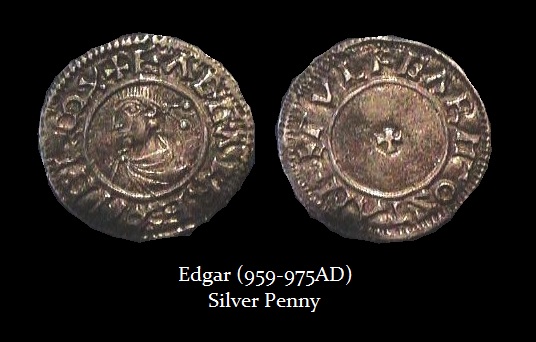 ANSWER: There are two expansions on the island of Britain. The more commonly known is the formation of the United Kington which took place in 1707 under Queen Ann. That saw Scotland under English Rule and the birth of the United Kingdom. However, before the reign of Eadgar (959-975 AD), England was divided into Anglo-Saxon kingdoms. It was Eadgar who instituted a uniform coinage throughout the land and a single government. While Eadgar set the pattern for the ‘reformed’ coinage of the later Anglo-Saxon and Norman period and standardized the use of the king’s portrait as in old Roman tradition, it was all about creating BRITAIN as a nation-state. 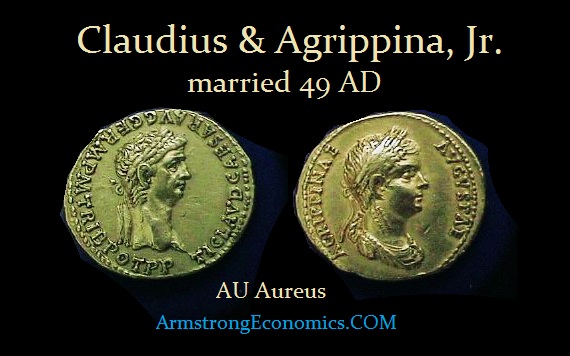 If we look back in time, we see that the first Anglo-Saxon kingdom to really become powerful was Mercia. It was the King of Mercia who was the one who actually resurrected the old Roman Empire’s monetary system for all of Europe since the French copied his idea. We see that King Offa of Mercia was the first king to put the portrait of himself and his wife on the coinage as was the tradition in the Roman Empire.

Here is the Roman Emperor Claudius who married Agrippina, Jr. in 49AD. You will find throughout the history of Roman coinage, the Roman family of the emperor was traditionally portrayed on the coinage. Constantine the Great even issued coins with the portrait of his mother. Trajan issued coins depicting his father and Septimus Severus issued coins showing his wife and two sons.

The Romans placed great value on family. This is where the idea of virginity of their women was proposed and to be a woman priestesses of the Roman goddess of the hearth, Vesta, in the state religion of ancient Rome, they must be virgins known as Vestal Virgins( Latin: Vestales). 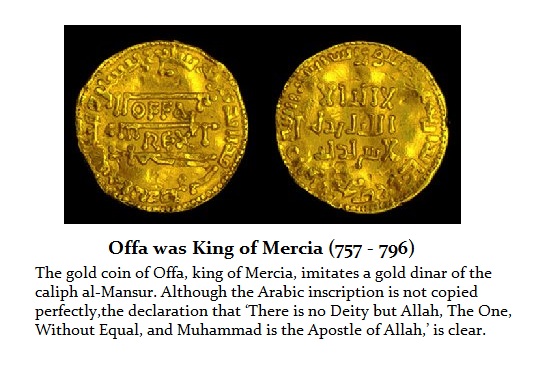 Evidence of the power of Mercia lies in the coinage of Offa who adopted the Roman culture. It was Offa who actually issued the first gold coin after the fall of Rome in Europe. He was copying the Islamic gold coin for trade demonstrating his contacts beyond Britain. He inscribed his name on the Islamic imitation coinage but obviously could not read what the Islamic legends actually said. This gold issue is extremely rare.

Therefore, we have two historic break-ups that Britain faces in the future. Eventually, the United Kingdom will break apart formally, but with the collapse of Brussels and the EU Project, we are also likely to then see AFTER 2032, the general trend toward decentralization of governments as a whole. Hence, we will see England break apart into the old Anglo-Saxon regions as we will see the United States break apart. This is the cycle of dissolution politically against centralized government, which is why the Communist experiment also collapsed. Then you begin again and reform nation-states in the next major cycle wave. Society comes together for economic efficiency, and then government abuses its power, which in turn then results in the cycle of dissolution and it all begins once again.