QUESTION: Mr. Armstrong; I find it interesting how you have pointed out that when it comes to public debt, the USA is actually far better than Europe or many in Asia. You also forecast that debt would begin to rise sharply from mid-2017 going into 2021. Do you have any figures to support that forecast? 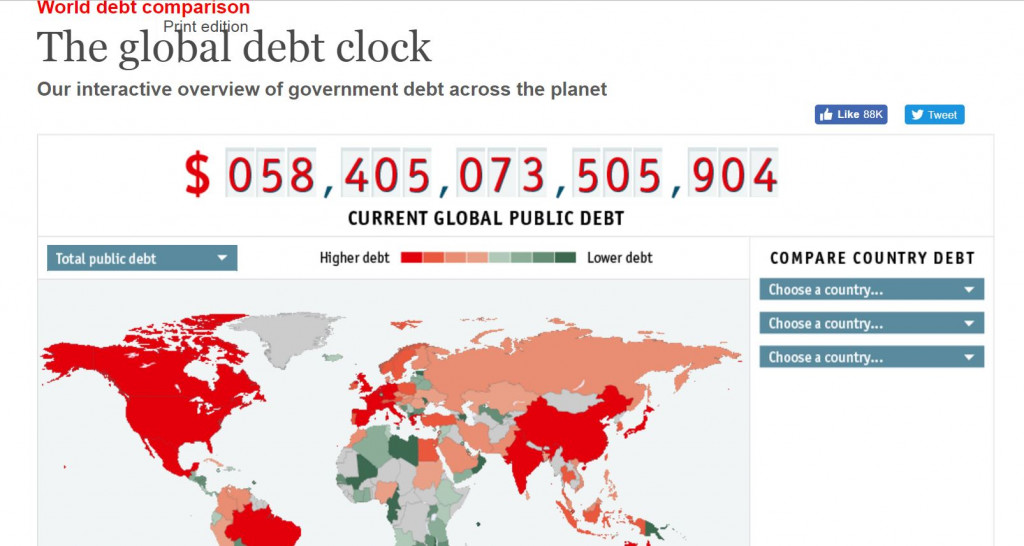 ANSWER: Yes of course!. The volume of global debt is rising significantly. According to the Institute of International Finance, total liabilities in the third quarter of 2017 surpassed $230 trillion (Public+Private). This is an increase of 16 trillion compared to the end of 2016. As the interest rates continue to rise, the debt servicing costs are simply going to explode. As a whole, Europe is over 100% of debt to GDP with respect to just Public Debt on average compared to the USA at about 73%. Global government public debt has exceeded $60 trillion.

This entire system is coming undone. The debt servicing is exploding as rates begin to rise. The Sovereign Debt Crisis is very much alive and well.