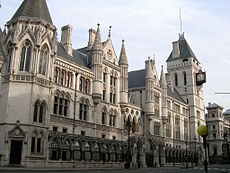 The British government is also going completely nuts with criminal charges for nonsense. British prosecutors charged a woman for calling a man a “pussy”. Then there is the case of a businessman who was charged with a hate crime for saying to a transgender man presenting himself as a woman  – “all right geezer.” He alleged he simply said that to him/her when they passed in the street. Vernon Mussington was found guilty but appealed and finally had his conviction overturned.

“[A] distinction of every kind soon became criminal. The possession of wealth stimulated the diligence of the informers; rigid virtue implied a tacit censure of the irregularities of Commodus; important services implied a dangerous superiority of merit; and the friendship of the father always insured the aversion of the son. Suspicion was equivalent to proof; trial to condemnation. The execution of a considerable senator was attended with the death of all who might lament or revenge his fate; and when Commodus had once tasted human blood, he became incapable of pity or remorse”