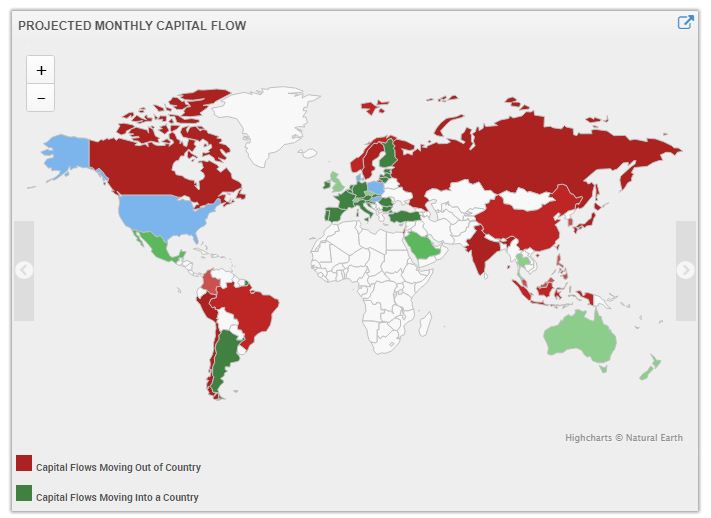 QUESTION: Is the euro really going up on capital inflows or speculation leverage?

ANSWER: We are not picking up any real net capital outflows from the USA to Europe. It appears to be speculation on the currency markets in anticipation of higher interest rates coming down the line. But real capital has not begun to move and will not seriously move in until there are higher positive rates.

More concerning has been net outflows from the USA to emerging market debt. This has been a trend led by pension funds trying to earn higher yields. They need higher returns to try to cover net losses in interest income because of the lower rates. This is very dangerous for when the dollar reverses and rises into 2021, that emerging market debt will go into default. This will only further the Monetary Crisis we see coming in the 2020-2021 time period. Meanwhile, Excess Reserves at the Fed rose during 2017 up from the low in 2016. European banks have been parking cash at the Fed since 2016 to avoid the negative rates at the ECB. We need to see that rate rise at the ECB back to a positive return before the banks will return that capital.