Alaska Hit by 7.9 Earthquake – The Start of a more Active Period lies Ahead 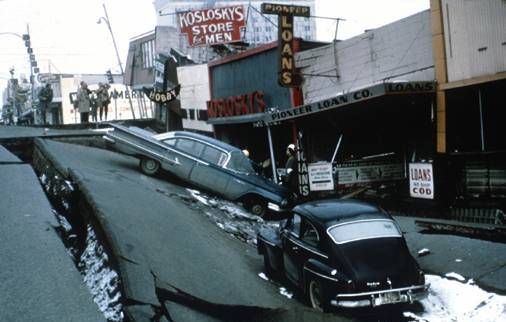 A 7.9 earthquake just struck off the coast of Alaska. There have been 12 major earthquakes greater than 7.0 since 1906. The 1964 earthquake was one of the biggest ever in North America measuring 9.2. The real significance of this event today is the fact that the Ring of Fire in the Pacific has 10 volcanoes now erupting all around. This is clearly from a cyclical standpoint rising in volatility to put this in market terms.

The other significant factor is this spans the course of 112 years which is also half the cycle duration of a 224-year wave that led to the discovery of the 8.6 year Economic Confidence Model.  We seem to be following the Pi cycle in nature as well. The disturbing fact here is the activity is rising around the Pacific Rim.

We should now expect the volatility to rise. After the 1964 earthquake, 1965 became an extremely active year with 18 magnitude 7.0+ events. Two of these were above magnitude 8 and struck within 10 days of each other.

So grab on to something if you live on the edge of the Pacific Ring of Fire.