Are they Starting To Understand Everything is Connected in Nature? 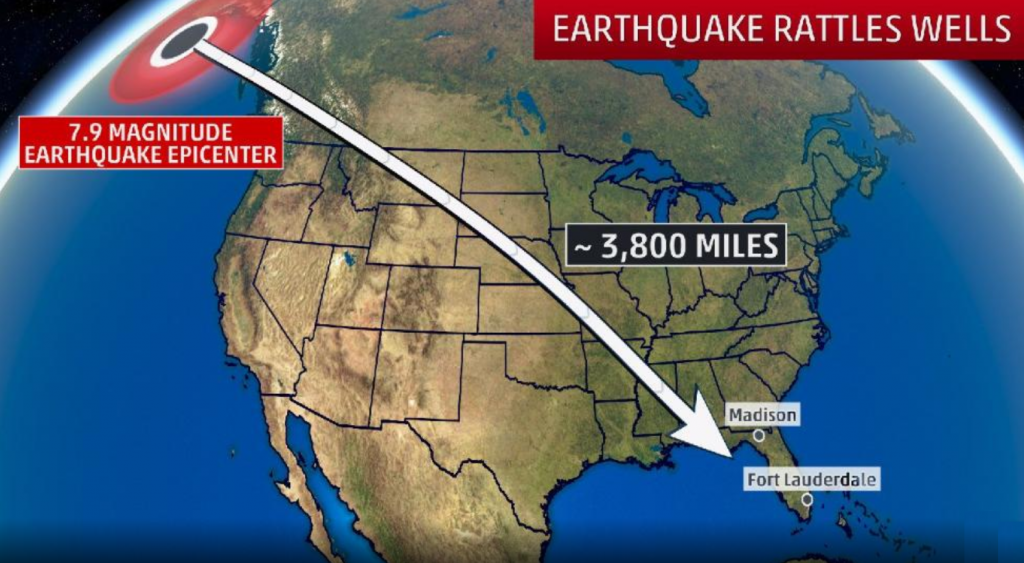 The vibrations that move through the earth with each earthquake called seismic waves are far more significant than originally thought. Today, the impact of seismic waves are being studied beyond the local region of the quake.

The water levels in wells indeed respond to the seismic waves and experience waves of expansion and contraction of the aquifer tapped by the well, This recent event in Alaska saw well in Florida impacted by the seismic wave forces even thousands of miles away from an earthquake’s epicenter.

Back in 1964 with that major thrust-quake, water level changes were reported at 716 wells in the United States, according to the USGS. We are just starting to explore the fact that complexity exists in many areas.