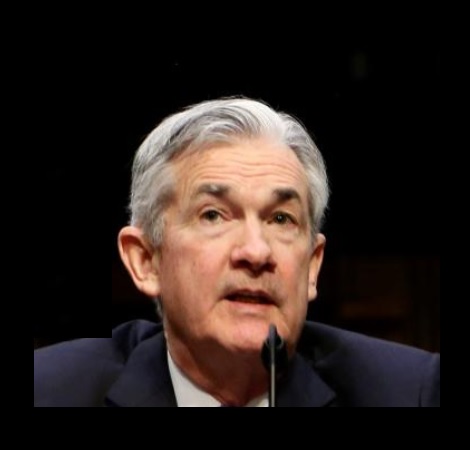 QUESTION: Powell is from the Carlyle Group which people say you advised. Do you know Powell? What do you think of his agenda? Will you be advising him? 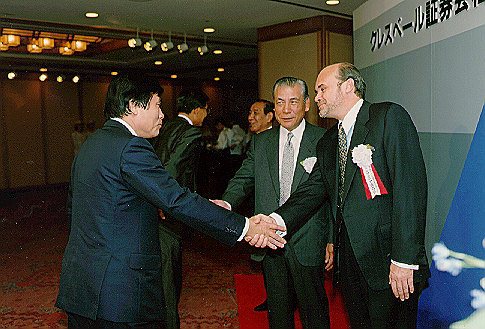 ANSWER: No, I never met Jerome Powell. Our contacts with the Carlyle Group I am not at liberty to confirm or deny with regard to any client. I can say I have never been called to a board meeting at the Carlyle Group and keep in mind it was formed only in 1987. It is more of a politically connected private equity fund. If Powell and I met that may have been at some political event in Washington but I was always introduced to countless people at such events. So if we did shake hands, neither of us probably remembers. I remember meeting Paul Volcker at such an event, but he towers over everyone at 6’7″. You can’t miss him.

Now to move beyond the rumors, the Senate voted 84-13 to approve Jerome Powell who is a 64-year-old lawyer to make him the Chair of the Fed for the next four years beginning early next month. What is significant here is the vote was better than Yellen received. She was appointed with a vote of 56-26 in 2013, and it was a 70-30 vote when Ben Bernanke was named to a second term. So Powell has captured the most support recently. As stipulated in the Banking Act of 1935, the Chairman and Vice Chairman of the Board are chosen by the President from among the sitting Governors and must be confirmed by the Senate. So there was no possibility of an outsider coming in. William Martin was the longest serving chair, holding the position from 1951 to 1970.

According to the U.S. Senate Historical Office,  the first Senate confirmation vote on a Fed nominee was back in 1978 for G. William Miller which was by unanimous consent. The 1983 confirmation vote on Paul Volcker was 84-16, when he had the most “no” votes ever recorded against a Fed chairman up to that time.

Powell has been regarded as conservative and central in his economic beliefs. Powell will move the Fed down a steady course toward gradually higher interest rates and a smaller balance sheet. This was already set in motion by Yellen. My sources do express that there has been internal questioning at the Fed whether Trump’s tax cuts will impact inflation given they do expect this to be more of an economic stimulus than any central bank to date has been able to create with Quantitative Easing.

The real issue is how far will Powell go to accommodate the Trump administration to roll back some post-crisis financial regulations. Keep in mind that Goldman Sachs has three strategic people now in place controlling the agenda.

The potential for financial deregulation is advocated by the Goldman Sachs who controls Trump administration. While Powell was a former executive at the Carlyle Group, his credentials for a Fed chair position are rooted in his understanding of markets despite being a lawyer by training. Those that say Powell is not qualified because he was not an economist by training are off the mark. A trained economist deals in theory, not reality. Just look at Larry Summers became a professor of economics at Harvard University in 1983. He is the father of negative interest rates and supported the repeal of Glass Stegall. Summers was directly responsible for the 2007-2009 crash for the whole mortgage-backed securities scam would not have been possible without the repeal of Glass Steagall. Summers is also going to be blamed for the Pension Crisis thanks to his negative interest rate theory which after 10 years has left Europe still in deflation. So thank God Powell is not an economist. We cannot afford any more antics by economists like Summers.

Senator Elizabeth Warren, the extreme leftist crazy person who does not understand what she thinks she does, voted against Powell saying: “We need a Fed chair who can stand up to Wall Street … That person is not Governor Powell.” Of course, California’s Democratic Senator Dianne Feinstein also joined the no vote. That should be no surprise.

The 12 votes against Powell included both Democrats and some conservative Republicans. While Powell was largely uncontroversial pick given his monetary policy views were closely aligned with Yellen‘s, his service on the Fed’s board since 2012 has shown he is supportive of the consensus forged by Yellen for gradual interest rate increases and reducing the balance sheet holding of debt.

Powell has never dissented on a monetary policy decision during his nearly six years at the Fed. Nevertheless, the recently released transcripts of the Fed’s deliberations during 2012 revealed that he was not comfortable at the time with the Fed’s massive bond-buying program. Indeed, even in the USA, interest rates remain very low closer to a 5,000-year low in the context of a 4.1% unemployment rate, with the inflation-adjusted basis of the economy as it is still lingering around zero proving the whole QE really failed and Summer’s negative rates have merely set the stage for the next crisis.

The Fed raised interest rates three times last year and they have implied that they will probably raise them three times more this year. That may be too slow, but we will see. The government debts will explode and that will be the next crisis.