The Noah Coinage of Phrygia 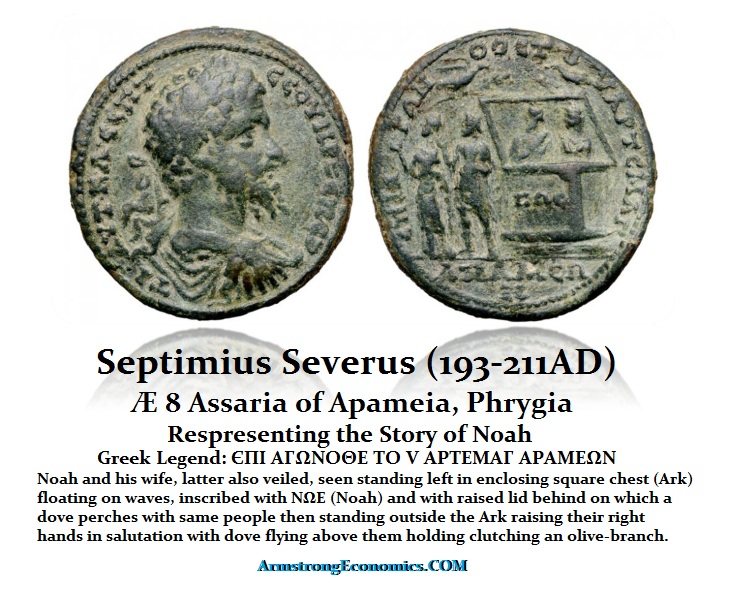 QUESTION: Dear Mr. Armstrong,
I have a question please, taking the lead from your recent article in your blog “Noah’s Ark Commemorated on Roman Coins”
Question: Do you happen to have found a copy of the Apion Treatise (answers to Josephus) in your historical searches? (Apion — Historian from Alexandria)
Background: Titus Flavius Josephus, born in 37 AD in Jerulasem, 160 years before Septimus reign introduced to the Roman elite to the Jewish mythology of the Bible thru his writings. The historian Apion from Alexandria wrote a treatise answering to the historical claims of Josephus. Josephus also responded with his treatise – Against Apion, which has survived. Apion’s Treatise is not published or found (lost??), according to the results of my searches.
Can you please enlighten me.
Thank you Kindly, 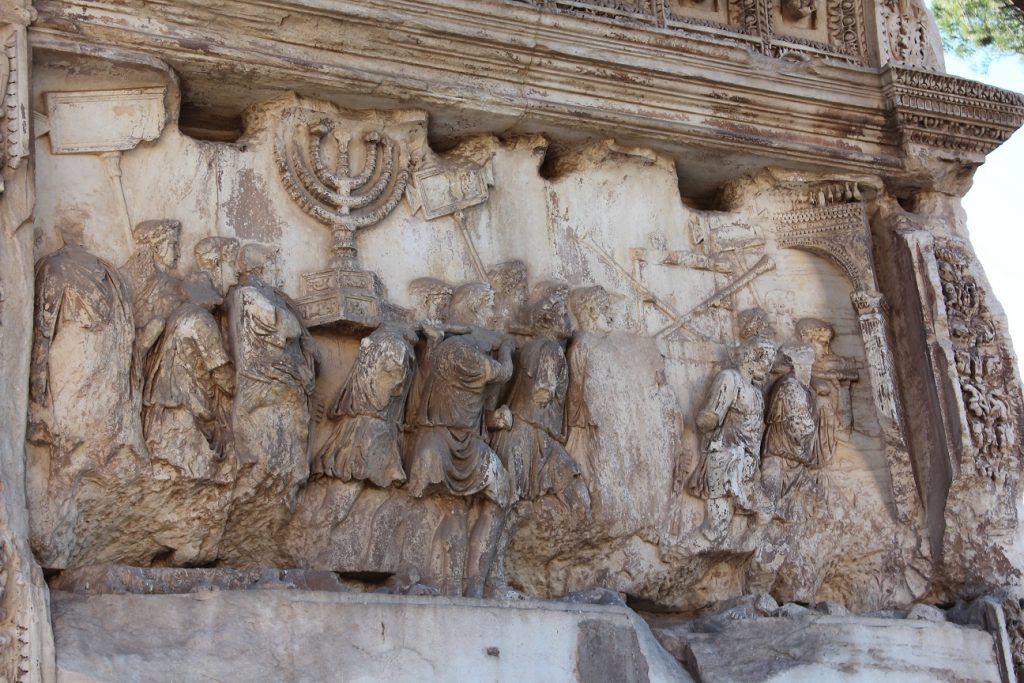 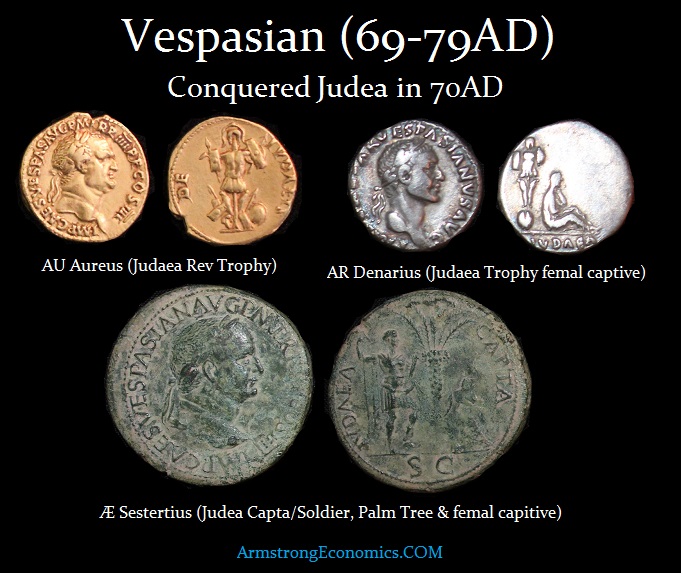 ANSWER: Josephus has been a contemporary historical source with respect to the conquest of Judaea by the Romans under the command of Vespasian (69-79AD). It is also true that he became an adviser to Vespasian’s son Titus (79-81AD). However, most of his writings appear to be really trying to redeem himself among his fellow Jews. In the Preface to Jewish Wars, Josephus actually criticizes historians that misrepresented the events of Roman-Jewish War. He wrote: “they have a mind to demonstrate the greatness of the Romans, while they still diminish and lessen the actions of the Jews.”

The Jewish War was a very big and profound event. It came after the death of Nero (54-68AD) and the empire was plunged into civil war. Vespasian (69-79AD) was vying to be emperor and the Jews looked at this opportunity to seek independence from Rome. However, like Catalonia in Spain, if they are allowed to just leave, this threatens not just Spain but would encourage others to leave the EU. This is precisely the same set of facts that existed following the death of Nero in 68AD. 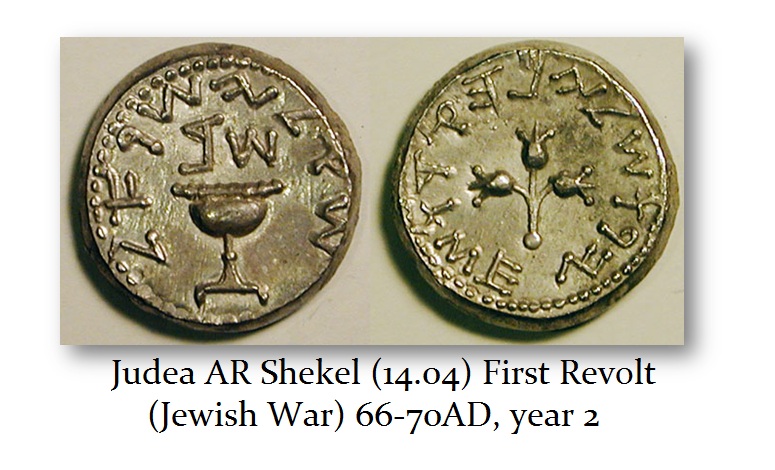 If Judaea was allowed to just leave, other provinces would have done the same. They even issued their own coinage. Thus, the punitive actions of Vespasian against the Jews must be understood within this context. We have the victory over the Jews appears on coins of Vespasian of every denomination.

It is highly unlikely that the other works of Josephus were widely read by Romans. Josephus’s Against Apion is a two-volume defense of Judaism as classical religion and philosophy. Josephus stressed its antiquity and suggested that the Greek religions lacked that ancient tradition and were more modern. Josephus attacks the Greek writer Apion and his anti-Judaic allegations. So once again, this appears to be a work that may be also out of guilt that he supported the Romans to pick the winning side.

The bronze coin pictured above of Apameia was struck for Septimius Severus (192-211AD). The reverse legend mentions the city’s AGONOTHETES (chief organizer of the games) or chief magistrate, ARTEMAS, who probably was Jewish. Noah’s name, given in Greek as NOE, which appears on the ark. The subject matter does appear to be very popular and it may be entirely attributed to Jewish magistrates. Apameia was a city in Phrygia, which during the 3rd century AD, was under Roman rule. The Noah coin design must have been very popular since it was struck for the emperors even after Septimius Severus such as Severus Alexander (222-235AD), Gordian III (238-244AD), Philip I (244-249AD), and Trebonianus Gallus (251-253AD), over the course of 61 years. 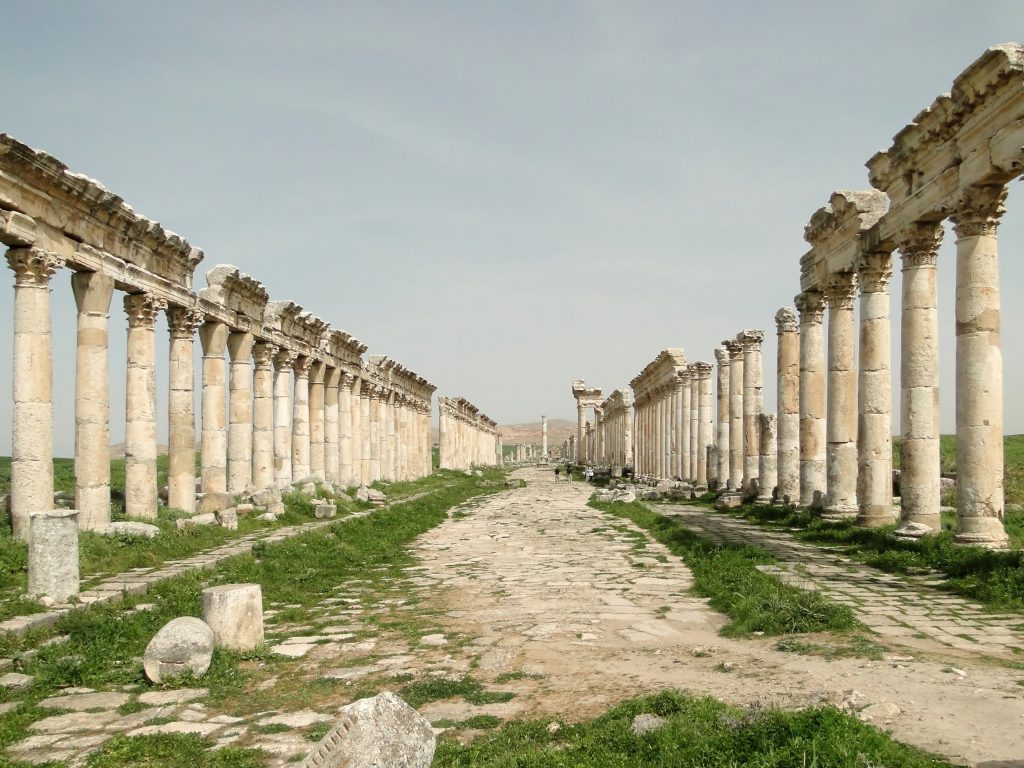 Apameia was a merchant city (today Dinar in western Turkey) whose ruins remain to this day. It was a very prosperous city during Roman times. It was a trade/commercial center that was connected to Asia by caravans carrying silks, spices, incense, perfumes, and medicines. The population of the city was very much like London and New York; very cosmopolitan with a mixture of Phrygians, Lydians, Cappadocians, Pisidians, Greeks, Romans and Jews. The common bond was mercantilism. They were a society composed of traders. 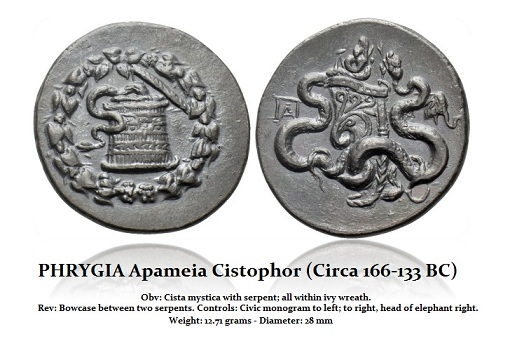 The origin of the city was founded by Phrygians prior to 1,000 BC and it was named Celaenae. It was located in a well-watered oasis at the source of the Meander River. Its coinage from the 2nd century BC shows an elephant head which is a clear symbol of its connection with Asia through trade. This city sat on the ancient old ‘Royal Road’ from the Middle East to the Aegean Sea that was originally constructed by the Persians some 500 years before this coin was struck. The location afforded Apameia control over all the caravan routes from Asia. Even when Alexander the Great invaded this region, he made the city one of his military bases. 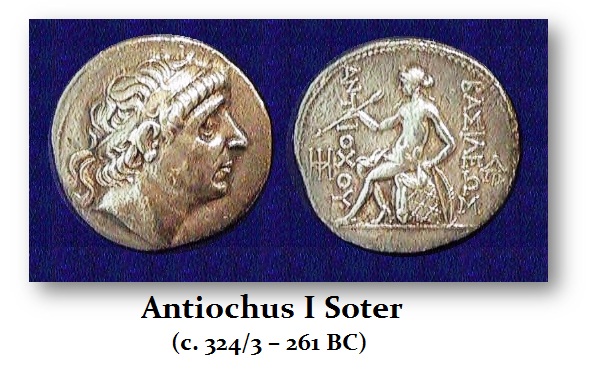 Following the death of Alexander, it fell to the control of Antiochus I Soter (280-261BC)(meaning Savior) of the Syrian/Seleukid Empire. Antiochus I built a new city in 270BC below the citadel of Ceaenae and named it Apameia after his mother. Then Antiochus brought Babylonian Jews to serve as garrison soldiers, civil servants and royal administrators in his new city. This is most likely the connection why we ultimately find Noah coins being struck in this city. Some argue this was a punishment because the Jews had resisted Alexander’s conquest of Babylon where they lived at that point in history. 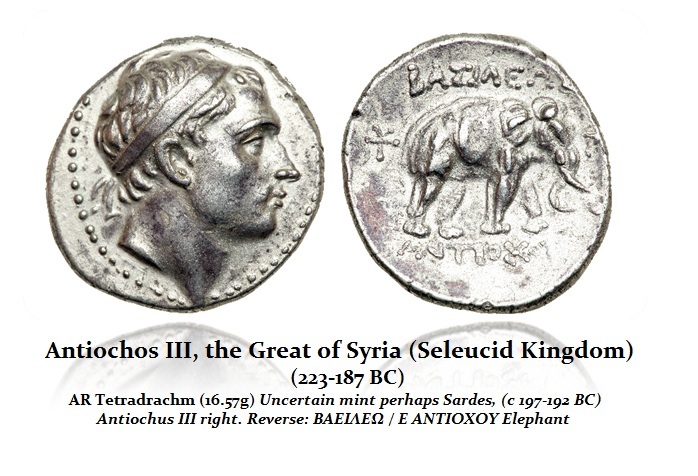 The Antiochus III (223-187BC), the Great, brought another large group of Persian Jews to Apameia in 188BC. Josephus in his work, ‘Antiquities of the Jews’ said that Antiochus III settled 2,000 Jewish families from Babylon in Lydia and Phrygia. Josephus goes on to say that these Jews were given special privileges including tax exemptions for ten years and were permitted to adhere to their own customs, laws, and religion. (Antiquities, Book XII, iii.4). These settlers may account for the large communities of Jews that suddenly emerged in the ancient Asian cities of Antioch, Apameia, Delos, Ephesus, and Sardes.

It is clear that by the time we reach Septimus Severus at the end of the 2nd century AD, the Jews had risen to high political positions in the city. Therefore, the Noah coins are unique to this city and are a reflection of the cosmopolitan culture that existed thanks to commerce. The ark is portrayed as a kibotos, which was an Apameian packing case used in trade with a lid. This is, therefore, blending the trade of the city with the Jewish parable.