US East Coast Risk of Tsunami & Earthquakes that Threaten NYC 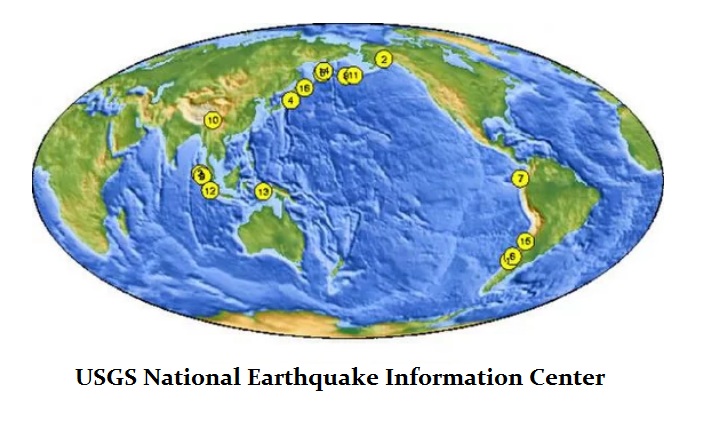 QUESTION:  Hey Marty,
Thanks for all your insight the last few years on what the models are projecting for volcanic & seismic activity. As usual, you’re on the money. The forecast of events laying out to 2032 is really starting to add up in their interconnectivity. God help us all.
My question is regarding the mid-Atlantic ridge and the US East Coast continental shelf faults. We all know you chose Tampa over the Florida Atlantic Coast; should we be concerned about tsunamis & seismic activity along the eastern seaboard?

As always, thanks for everything you do. You’re my hero.
Cheers,

When we turn to the Atlantic, there is a different problem altogether. I remember experiencing my first earthquake when I was probably the 4.5 quake of May 12, 1964, that hit Lancaster, Pa. I woke up and first though boy that was a loud train. Then I realized I did not live near a train track. When I came down in the morning the press was all talking about the earthquake that hit the area outside of Philadelphia. That was not in the ocean. 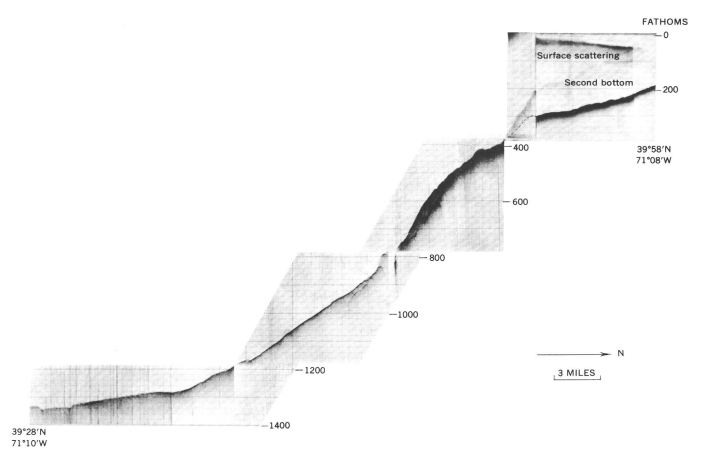 What we must understand about the Mid-Atlantic Ridge is that there may be a greater risk of tsunami events than major earthquakes. The continental slope is the topographic boundary between the continent and the ocean basin. It is a complex feature. What people do not generally understand is that relatively minor earthquakes can set off a tsunami. The greater risks are in the north from Newfound down to just below New Jersey. A relatively minor offshore earthquake of magnitude 4.5 or above could cause submarine avalanches that then generate tsunami events with waves higher than 26 feet (8 meters). The underwater canyons and bays could focus these waves and make them even much larger all from minor events.

Back in 1929, there was a 7.2-magnitude earthquake off the southern coast of Newfoundland that caused a large underwater landslide. It was that landslide that created a large wave that rushed ashore and killed some 28 people on the island. However, the waves were at first about 26 feet high until they reached the narrow inlets. This compressed all the energy causing the tsunami to grow to 43 feet (13 m). That was absolutely devastating.

There is evidence that at least a 12-foot tsunami wave hit Manhattan around 300BC. Geological experts reported that this ancient tsunami dumped sediment, shells and marine fossils across the region inland that date back to 300BC. Tsunami waves are rare events in the Atlantic. One theory is that a New York tsunami may have been triggered by an asteroid. However, no crater has ever been discovered. It is far more likely that an earthquake simply triggered an avalanche.

Historically, New York City has been hit by large earthquakes over the 5 scale about once a century. There was a 5.2-magnitude quake that shook New York City back in 1737 and another of the same severity hit on August 10th, 1884 with tremors being felt from Maine to Virginia. I have been in New York City for at least two earthquakes that I remember. They were minor but enough that you felt them. One I recall was in 1981 and one around 2002. The biggest hit on an 18-year cycle in 2010, but that was only a 3.2 measurement. There is a small fault that runs down 125th Street. That is the one that produced the tremors of 1981. It is also believed that this is the source of the big one that hit in 1737. Curiously, the next big one is due in 2031. That could reach a 7.2 level or so.

If you look at NYC closing, you will notice that the skyscrapers are clustered. This seems to be the most overlooked aspect of New York City with people assuming that it’s just all about Wall Street. Not True! Skyscrapers clearly dominate the Manhattan skyline, but they are actually clustered in two distinct areas. Downtown is home to the Financial District. Midtown includes the Empire State Building, Chrysler Building, Park Avenue and Times Square. The reason is the surface bedrock over much of New York City provides solid anchorage to support the high buildings. Although there are two areas of this strong bedrock at or close to the surface, there is a valley in between where the building heights are noticeably lower.

In fact, the entire region south of 30th Street is where the bedrock begins to drop down and by the time your reach Washington Square, it is well below the surface. In reality, Manhattan has a valley in the center between midtown and Wall Street that would be underwater if it were not filled in with debris from various periods which may include the ancient tsunami. That is why there are no skyscrapers between the two regions.

Manhattan has NUMEROUS faults running through it and there as frequent earthquake activity on them. However, this activity is very small so people do not notice. However, there may be a risk of a larger scale earthquake that we are unable to define lacking the data before 1700. Still, New York City metropolitan is ranked as moderate on the risk scale. However, because of the density and the age of many buildings constructed of brick, a moderate earthquake would have considerable consequences in terms of public safety and economic impact more so than many other places. A 5.0-magnitude earthquake today like that of 1884 or 1737, would be far more significant given the density and construction concerns.

Therefore, the risk of an offshore earthquake that causes an avalanche on the ridge would produce a tsunami. On the other hand, there are earthquake faults in Manhattan that are numerous and the density combined with poor construction from brick increase the risk to Manhattan with just a 5+ earthquake.