Giving Up your DNA to Anyone – Bad Idea

The pitch by various ancestry operations is to send in your DNA by spitting into a vile and they will tell you your ethnic background. Sounds nice, but they then keep it. Why? The greatest danger is that such info can be turned over to the government at any moment. Giving up your DNA is actually giving up your entire family. People have been arrested because their DNA has been traced thanks to some family member who the government has in their database. 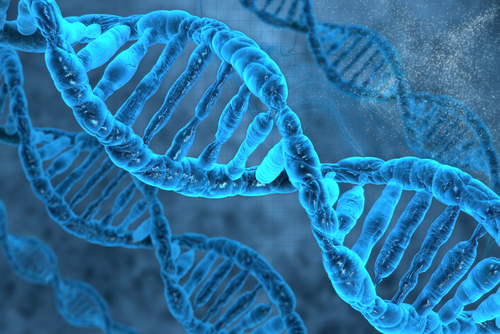 But the risk of a crime is not really the big issue for most people. The real risk is that insurance companies can deny insurance based upon getting your DNA covertly and determining that you are at high risk of heart attack or stroke. Canadian lawmakers passed the Genetic Non-Discrimination Act on March 8, 2017. This law would make it illegal for employers or insurance companies in Canada to discriminate against people based on their genetic information.

Back in 2008, Congress passed the Genetic Information Nondiscrimination Act of 2008, which prohibits discrimination against Americans based on their genetic information in both health insurance (Title I) and employment (Title II). The danger presented is if you “voluntarily” give up your DNA, they can argue you “waived” all your rights. Then Health Insurance Portability and Accountability Act, The Affordable Care Act, the Americans with Disabilities Act all are supposed to protect you from discrimination based upon your DNA.

You should know that last year on August 22nd, 2017, the United States District Court of the District of Columbia ruled that the Equal Employment Opportunity Commission (EEOC), should reconsider the rule that states it is permissible for employer-sponsored wellness programs to offer inducements in exchange for employees’ health information. The cap for these inducements is 30% of the cost of health insurance for a single person.

They are claiming that the 30% cap is to maintain the voluntary nature of workplace wellness programs. They are only allowed to gather employees’ health information IF participation in the wellness program is voluntary. In AARP v. EEOC (EEOC & DNA), the American Association for Retired Persons challenged EEOC’s rule allowing the 30% inducement, arguing the cap is in no way voluntary as it is high and, therefore, coercive. The court decision stated that EEOC had not adequately explained why it concluded that the 30% cap was reasonable to maintain the voluntariness of wellness programs. The judge did not immediately call for EEOC to strike the rule but has directed the agency to reconsider the rule and develop a reasonable explanation for the connection between voluntariness and the 30% cap. That is DISCRIMINATION based upon your DNA and people need to be very careful because insurance companies are NOTORIOUSLY dishonest!!!!!!!!!!!!!!

NEVER voluntarily give up your DNA to anyone!!!!!!!!!!! These companies change their policies all the time. They call it “updating” but that means when you turn over your DNA and they said they would not resell that info, here comes a policy statement that retroactively changes the terms you agree to way back when. We are used to this Ex Post Facto changes in policy from Facebook, Google, and countless others. It is a HUGE risk when it comes to personal info and especially DNA.