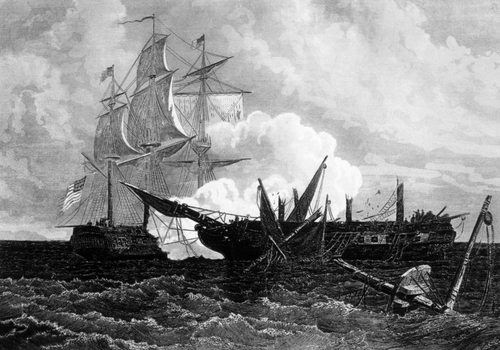 COMMENT: It is really getting so bad with CNN they should just be shut down for they are no longer a news organization but a political propaganda machine. They paint Trump as getting a bad deal with North Korea and they then tried to make him look like an idiot saying to Trudeau that Canada was involved in the War of 1812. Am I wrong, but Canada was still British in 1812 and indeed declared war on the United States?

ANSWER: Yes, you are correct. Canada was not an independent nation until the Constitution Act officially proclaimed the Canadian Confederation on July 1, 1867. It was initially with only four provinces: Ontario, Quebec, Nova Scotia, and New Brunswick. Canada actually declared war on the USA before Britain and it is assumed that they simply had advanced notice. CNN tried to make it seem as if the USA invaded Canada first as if this began the War of 1812. They omit the fact that the British restricted US trade with France and went as far as seizing Americans and forcing them to man ships for the British as if the USA was not even a country.

The United States suffered several very costly defeats at the hands of British, Canadian, and Native American troops who Canada hired. So yes, the “Canadians” who were really British back then,  were part of the War of 1812 and that included the capture and burning of the nation’s capital, Washington, D.C., in August 1814. The Americans were able to repel the British invasions in New York, Baltimore, and New Orleans. The British/Canadians made a good attempt to conquer the United States. Eventually, there was the Treaty of Ghent on February 17, 1815, which ended the war. That still did not resolve all the issues and the British were seeking revenge for the American Revolution. Therefore, the War of 1812 has often been called the “second war of independence” and CNN deliberately misrepresented the facts once again to stab Trump in the back.

Trump was Right – Baltimore is a Disaster