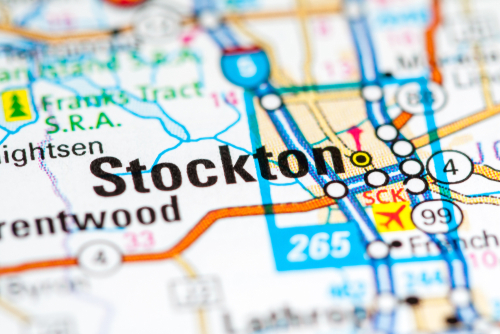 Stockton California, which was previously one of the bankrupt cities, will now become the first in the country to participate in a test of Universal Basic Income. Stockton will give 100 residents $500 a month for 18 months,  with no strings attached. This idea is really braindead. You cannot pay people not to work which is really what they are doing. The whole idea has been pushed by the likes of Silicon Valley leaders, including Elon Musk, Richard Branson, and Mark Zuckerberg. They clearly lack any historical understanding of welfare and how it has destroyed families and actually lowered the standard of living. They think it will possibly reduce poverty and provide a safeguard against the job disruption as the economy moves to replace workers with robots and automation.

This is by no means the first time innovation in technology has displaced workers. You do not pay people to simply do nothing. You encourage them to be retrained into fields that will provide employment. The Great Depression was all about the destruction of agricultural jobs as tractors replaced farm workers and electricity replaced many manual jobs in manufacture. That is why unemployment rose to 25%. It was not the decline in business activity, it was the shift in the economic makeup of the economy thanks to innovation. Jobs in technology, as well as manual labor, are two areas still valid as is soldiering for now.

Instead of increasing taxes to try this redistribution of income, EXEMPT people from even local property taxes if their income is below a certain level. If you want to encourage retraining, then that would be productive. But to just pay people to not improve themselves is a very destructive process. It’s the old saying, give a man a fish and you feed him for a day. Teach him how to fish and you feed him for a lifetime.

Already, more than 25% of children are being raised by a single parent. Post-Depression, the rise of socialism has resulted in a rise in divorce and single parenting.

Please Send this PDF to Congress, Senate & Trump to Save a Life