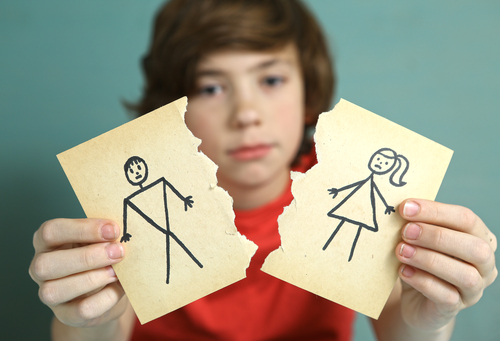 COMMENT: Your article about the IRS invalidating your passport is correct….and more. I was working contract for our US DOS as an advisor a few years back in Colombia (2006-2009). My best friend and work with was summoned to the Bogata Embassy and his passport was confiscated, employment terminated and he was given a US DOS one time entry papers into the US because his ex-wife living in California falsely filed child support nonpayment papers with the State of California. He lost his job and his US Passport. He hired a lawyer ( $8,000) and showed them he was paying his support monthly by check on time. He still does not have his US passport back, but his ex-wife drug overdosed and he finally got his boy back….

REPLY: That actually makes sense because child support is a court order rather than a private dispute. It is also one of the reasons why marriage is on the decline. The financial burden becomes insane and the lawyers make a killing. The decline in marriages because of such horror stories is unbelievable. In 2016, only 9% of 18-to-24-year-olds in the U.S. were married, compared to 45% in 1960. Adding to this trend is that the census shows an alarming increase in adult children in their 30s still living at home. The US census showed that one-third of children over 30 were still living with their parents. This is also taking place in Britain. There are greater odds of your children living with you until they are 35. The real shocking number is that 40% of millennials are still dependent on mom and dad. The excuses seem endless. This is what I mean that the high cost of socialism is destroying everything. Government employees milk pensions, thereby raising taxes to pay them. On top of that they are replaced, causing the price of government to rise exponentially.

If you end up divorced and have a revengeful or hateful spouse, it can turn life into a living hell. In fact, divorce or thinking about divorce places people at a much greater risk for suicide. I have had friends who felt trapped and financially harassed to the point they would talk about suicide. Society has changed remarkably.  It’s going to be hard to put it all back together. Even in Russia, they are paying people to have children. Japan has also joined in paying people to have children. China is considering to now pay people to have two children after the one-child policy seriously disrupted the gender mix. In fact, some Chinese are paying American girls to be a surrogate mother offering $200,000. It previously was typical for Americans to go to China to adopt girls – I know a couple who adopted two. Things have changed with the global economy.

Baby Boom to Baby Bust – The Crisis in Socialism