Another Volcano Erupts in the Pacific 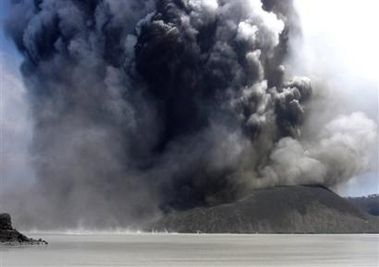 We have another volcano erupting in the Pacific and this time the entire island of  Vanuatu island is being completely evacuated for a second time as its volcano erupts again. The Manaro Voui volcano began spewing ash in recent days, prompting officials to order thousands of residents on tiny Ambae island to leave immediately. All crops appear to have been destroyed by the ash.

The volcano began rumbling in September last year, which led to the island’s first full evacuation. This time, officials in the South Pacific nation have made the evacuation  compulsory where all residents are being moved to neighboring islands.

The more volcanoes that keep erupting the greater the chance of increasing the cooling trend.