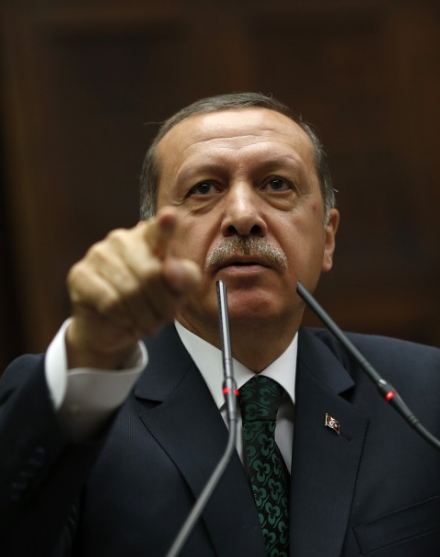 On Aug 12/18 you wrote about “Iran and & Turkey Ripe for Revolution?” and in that blog, you mentioned … They will both turn toward Russia for help and portray their political crisis as a CIA plot.
When watching the news the other night, I noticed this is exactly what Turkey is doing; turning to Russia and blaming the USA (in this case Trump). It’s ridiculous how countries turn to the USA for help but then when the USA doesn’t answer these prayers, these countries demonize the USA. This is akin to praying to God to give you millions of dollars and then when you don’t magically win the lottery, you blame God even though he provided you with opportunities and skills that you ignored.
Once again,
Marty, you called it.
Cheers from Calgary.

REPLY: The real crazy thing is this is so standard, it is not even taking a guess. Erdogan has threatened to walk into the arms of Russia and Erdogan is simply not someone the West should trust. I have been warning that NATO should absolutely withdraw from Turkey. Until the people overthrow this guy, he should be distanced RIGHT NOW!!!!! He has been against Greece and Israeli. He is by no means of a particular side. He has been fixed on his vision of restoring the Ottoman Empire and he has ruined the economy of Turkey. Erdogan is far more dangerous than any other world leader and the West had better wake up before it is too late.

This does not even take a computer to figure it out. This is politics 101 which happens EVERY SINGLE TIME since ancient times. You always blame an external enemy or else the people will blame you and that can lead to a regime change. The sanctions against Russia and even Turkey are stupid. They both allow politicians in such countries to divert blame to an external enemy. Sanctions against Russia for Crimea or Eastern Ukraine where the people are ethnically Russian is political nonsense and it has only reestablished the cold war for absolutely no reason. It was NEVER in the best interests for the USA or Europe. The entire Syrian adventure was all about a pipeline to compete with Russia for Qatar. There was no concern about killing civilians with chemical weapons. These are just excuses to manipulate the news and opinion.