EU Considering Requiring a Broadcaster License to have YouTube Channel 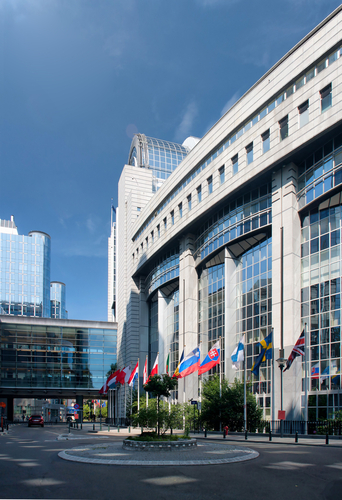 While in the US some people have discovered that running a YouTube Channel can get you in trouble with the law. One many found himself in Georgia with being charged with running a business without a license even though he was not selling anything just offering his opinion. Of course, there are two licensing options provided by YouTube for content uploaded to its service and suggest an additional third option for users wanting more flexibility for their content and their rules and regulations.

The world of information is changing rapidly. There is now radio and TV stations available on the internet expanding the availability of audiovisual content overall. But such broadcasters are regulated and require a license. The traditional reasons for requiring regulation/intervention in broadcast, cable system and satellite system markets, was the scarcity of frequencies, diversity, and localism. With the advent of the internet, certainly scarcity of available frequencies does not apply. These reasons are still used to justify governments’ intervention in media markets which were never supposed to be about stopping free speech.

Moreover, media convergence has certainly blurred traditional distinctions between media providers in the various mediums now available. Print media now also offers on-demand videos and other audiovisual content on their websites blurring the old traditional distinction between print, radio, and TV. Likewise, TV broadcasters and radio stations also publish newspaper-like content on their websites. There is the growing problem that regulation seems to have been left in the Dark Ages.

Regulators still operate under the license regimes and impose their ownership limits to prevent monopolies. They also impose behavioral restraints and they have rules governing things that they must carry. Naturally, channel position privileges are also decided by regulators. Rupert Murdock had to be approved to buy media companies in the USA. The FCC once upon a time had the Fairness Doctrine, but abandoning that has produced Fake News where broadcasters no longer have to provide a balance to both sides. This has ushered in the age of Propaganda.

These regulations have been deemed as NECESSARY yet remain highly disputed among scholars. Such intervention into media has always been dancing on the edge of infringements of First Amendment rights of Free Speech. However, with the new age of the internet, the old interventionist tools really no longer apply as markets converge. Therein lies the problem. Regulators are feeling that they have lost power and politicians have been using the whole Russian conspiracy as a justification to expand regulation that may completely kill free speech.

The jurisdiction of the Federal Communications Commission (FCC) is limited to broadcast, cable and satellite – not the internet or print media. It lacks the power to regulate the audiovisual media industry as a whole. With the rise of the internet, people can create their own broadcast companies like InfoWars. I have reported that the new European regulations are actually having an impact globally. Alex Jones’ InfoWars has been banned by Apple’s decision to remove five podcasts by Jones and his Infowars website. Other companies have rushed to join including Facebook, YouTube, and Spotify. The general reason is Jones’s podcasts are viewed as “hate content” which can subject them to heavy fines in Europe.

In the USA, the FCC has been weakened with its ability to regulate. It can no longer prevent the emergence of a new market structure in audiovisual media. On December 11, 2007, the European Union adopted an overhauled regulatory framework on audiovisual media, which entered into force on December 19, 2007. The new framework sharply contrasts the FCC’s approach. Not only does the European Union regulate ALL audiovisual media providers, regardless of whether they use airwaves or the internet to convey their content, but it ALSO regulates on-demand offers of audiovisual content. Now the EU has imposed regulation of on-demand offers and that actually opens the door for member states to regulate services like YouTube or Tudou (The China clone in Shanghai). It is the European Union’s intention to cover only mass media which impacts on a significant proportion of the public, or so they say.

Barack Obama’ used the internet to win the election publishing his speeches on YouTube. They have alleged that the Russians helped Trump get elected also by using the internet. The internet has created the ability to have a broadcaster-like service and this is driving the local regulators in Europe absolutely insane. They do not have a First Amendment so if the speech content is against what they want to see in the public, they can just shut it down constitutionally applying hate-speech being their favorite label. This actually forced these internet companies to shut-down InfoWars. They fines and damages can be completely insane in Europe.

Germany has already taken steps that the FCC and the EU are looking at very closely. The German regulator says Twitch and YouTube streams are considered broadcasts, must apply for a broadcasting license. Germany has already taken that step requiring a radio broadcast license for Twitch. Germany under Merkel is deeply concerned about her negative press. They are starting to regulate and shut down free speech under the pretend of hate speech to protect the public. Germany is deliberately applying regulations that define a broadcaster to YouTube channels. The fee they want runs €1,000 to €10,000 or even more depending upon the viewership. The politicians did not make a new law, it is the regulator applying it and they suddenly discovered that a YouTube Channel is like a TV station. So everyone is watching to see if they get away with it.

The EU’s regulation on the internet has been a smashing success and it has forced changes in the USA. The EU can impose regulations to impose must-carry obligations for local channels on worldwide operating TV gateways on the internet or block them from Europe. What has been emerging in Europe is already becoming a major impediment to new forms of audiovisual media and to new ways of producing and conveying content. It is forcing people outside of Europe to comply with foreign laws or face huge fines that would be ruinous in Europe.

The FCC, as well as the Supreme Court, are still locked into the old reasons for regulation. The European Union’s approach seems to intentionally force convergence to their desires upon the entire world. They are deliberately trying to fundamentally change the way broadcast-like services are provided. Already, there are whispers in Brussels that to even have a YouTube Channel will require more than a YouTube license from them. The thinking in Brussels is turning to consider a YouTube Channel to have a broadcaster license. Meanwhile, the FCC sits quietly waiting for Brussels to make the first move. Our sources are deep on this issue. We shall see how far they rise to the surface. We are looking at the most direct assault upon the free speech which is all part of the cycle when governments are fighting to keep power.

If every country adopts this same policy of Germany, they will succeed in completely eliminating free speech which seems to be the real objective here. If someone wanted to do a YouTube Channel in the EU and had to pay €10,000 annually to 28 members, that would be €280,000 per year. That should shut down just about any independent voices. Yet once again, the fact that Germany gets to do this demonstrates why the EU is a failure when any state can act arbitrarily.