Canada sells off its Gold Reserves to the Retail Market 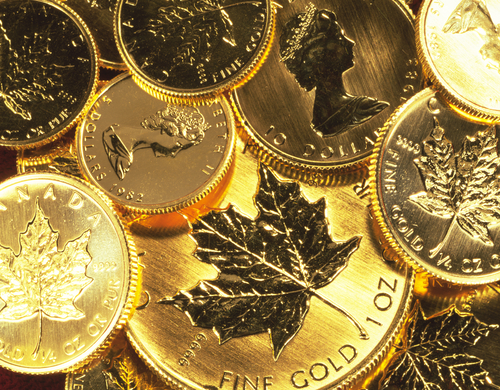 Canada has been selling off most of its remaining gold reserves to the general public. They have been selling gold coins and reaping better prices than dumping 400-ounce bars to bankers. The figures from the Bank of Canada and Finance Department show that the country held 77 ounces at the end of February. They sold over 21,000 coins in February. Through most of 2015, the country’s gold reserves stood at more than $100 million. US. Finance Department figures show that Canada sold 41,106 ounces of gold coins in December and another 32,860 ounces of gold coins in January.

That left Canada holding 21,929 ounces of gold in its reserves as of the end of January, and as mentioned, all that is left now is 77 ounces after February. The official statement was:

“The decision to sell the gold was not tied to a specific gold price, and sales are being conducted over a long period and in a controlled manner.”

“The government has a long-standing policy of diversifying its portfolio by selling physical commodities (such as gold) and instead investing in financial assets that are easily tradable and that have deep markets of buyers and sellers.”

Behind the curtain, governments do realize that eventually they must move to a cashless society in order to retain power. This is fueling the debate behind closed doors on how to address the monetary system. As we hear about MMT on this side of the curtain, behind it there’s a question as to whether money really needs the banking of this “barbaric relic” of the past, as John Maynard Keynes once called gold coins, and many are starting to regard him as right after all. Of course, this is self-serving, for they have really screwed up the finances of all governments on this journey down Socialist Lane.