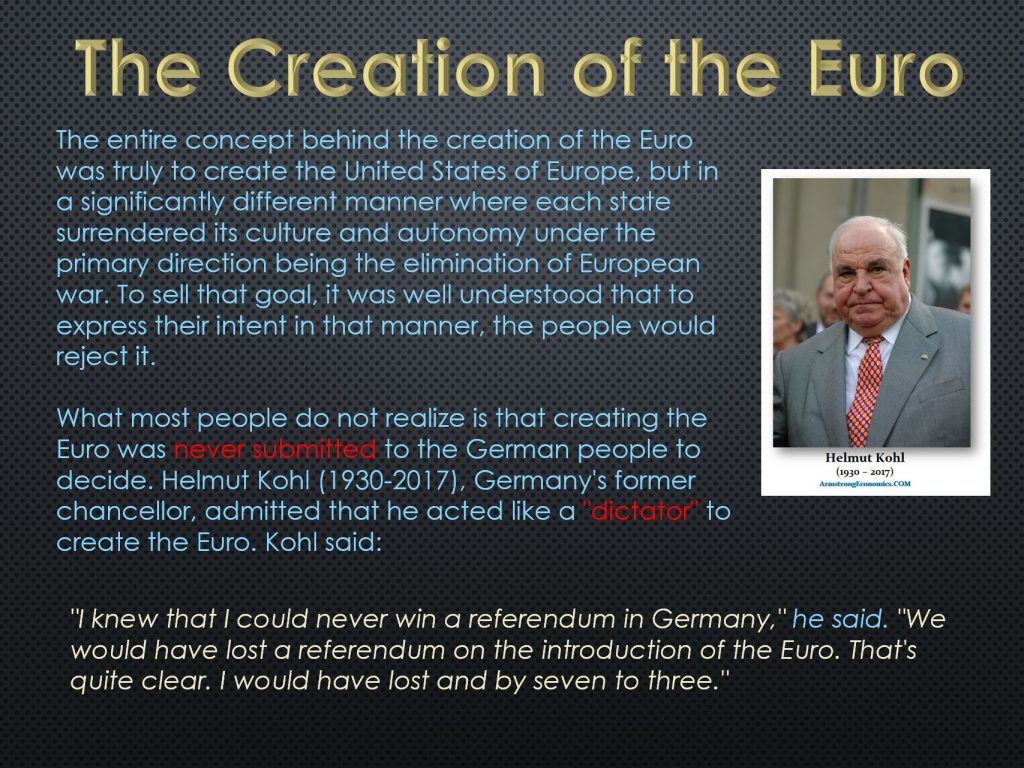 COMMENT: Marty; I just wanted to say that this WEC in Rome was one of your best, NOt that Nigel Farage was there calling you the alternative to Davos, but you really do your research and your contacts behind the curtain become self-evident. Nobody in the audience every knew that the German people were denied the right to vote on joining the euro. The most important economy was denied any democratic process.

See you in Orlando

ANSWER: Yes, I was amazed at how even the central bankers who attended were unaware of that fact. This is part of the reason for the rise in the AfD in Germany. From the outset, the theory has been to federalize Europe to prevent a world war. They assumed the people would never vote for it so they hide the real agenda. The people are not those who create wars – it is always those in power.

What they have done is to fuel the flames of history that remind people of the differences that are culturally embodied within the languages.