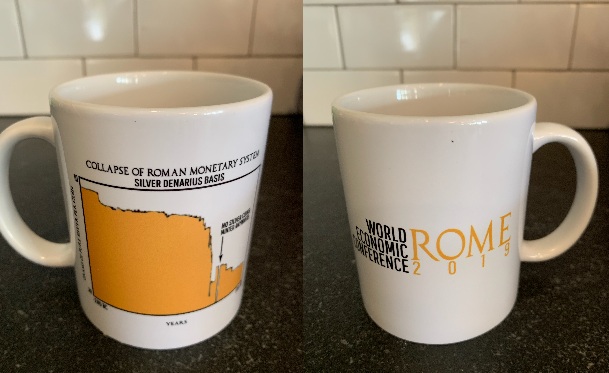 COMMENT: I took the tour of the Vatican museum and the sculpture collection is unsurpassed. It was great that a pope told the people to bring statues to the Vatican rather than destroy them as some pagan god. The guide also pointed out how the best art was the first century and the quality diminished into the third and fourth century. I remember the mug from the WEC. It was interesting how the quality of art declined following your chart on the collapse of the monetary system.

I can get an extra mug? 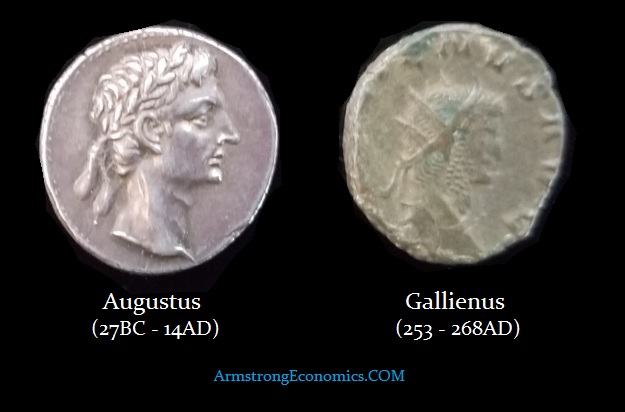 ANSWER: Yes, several people took that same tour. The quality of art declined with the collapse of the monetary system as well as the artistic quality of coins. Each die was hand engraved back then, so you can also see the decline in craftsmanship. Sculptures are the same. The details in the face, hair, and clothing during the 1st century is easily distinguishable from the 3rd century as we see in the coinage. 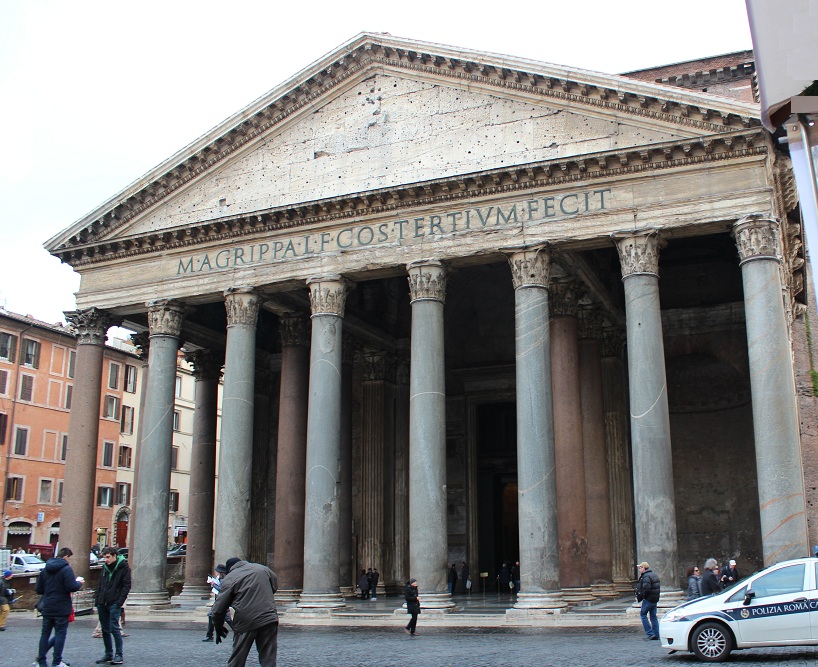 The quality of craftsmanship declines with the economy. Buildings constructed today are far cheaper in construction materials than you see even decades before. Most historians claim that Emperor Augustus’ right-hand man, Agrippa, built the first Pantheon in 27 BC. It burned in the great fire of 80 AD, was rebuilt by Emperor Domitian, and then was struck by lightning and burned again in 110 AD. The Pantheon as we know it today was built in 120 AD by Emperor Hadrian who was passionate about architecture and design. The inscription states that it was attributed to Marcus Agrippa. Nevertheless, this is a building that has stood almost 2,000 years.

As for the mugs, sorry, they are all gone. People have been making collections of them. Even I have only have one myself. I didn’t even have any leftover to give to Nigel.