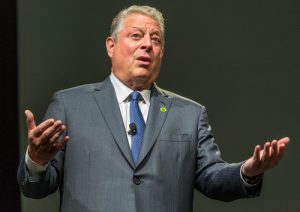 Al Gore is still at it. At the expense to Australian taxpayers of $142,000, Gore will lead a three-day climate change lecture in Queensland. Gore will push his global warming theory, speaking at the Minister’s Climate Change event in Brisbane from June 5 to 7, 2019. The three-day climate change conference was supposed to include Labour leader Bill Shorten. The polls said Shorten would win the Federal Election, but in a surprise, he lost. The entire election was built on climate change and it did not go over very well at the voting booths. He intends to train between 800 and 1000 business and community leaders from across Australia and the Asia-Pacific region during the climate change event to adopt his theory, even though the analysis is linear and has failed with both of his movies.

As a side note, Queensland is experiencing bitter cold – perfect timing!