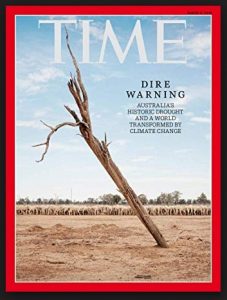 In Australia, the polls said this would be  a climate change election because the voters were confronted by a drought that they were blaming on human causes. Tony Abbott, the former prime minister, lost to an independent who campaigned on the issue. There were a few other new candidates who used climate change and also won. Nevertheless, the people voted against the whole climate change argument and in a surprise victory, the conservatives won.

The US 2020 elections appear to be heading in the same direction. Climate change will be a major campaign issue in 2020. Climate change is the top issue among Democratic voters, according to a new national poll. A CNN poll found that 82% of registered voters who identified as Democrats or Democratic-leaning independents listed climate change as a “very important” top priority they’d like to see get the focus of a presidential candidate (see the Hill). During the 2016 general election, no journalist even asked the presidential candidates a debate question on the topic of climate change. As the 2020 race begins to take shape, it appears that the Democrats will rely on bashing Trump and climate change. What do climate-motivated voters really want? And how is the issue likely to change the race? Do they really want to end air traffic? Do they want to force people to have electric cars? Maybe — at least the USA.

Washington Post Praying for a Recession to Defeat Trump

The Shift in Small Donations to Trump

Democrats – Are They Self-Destructing?