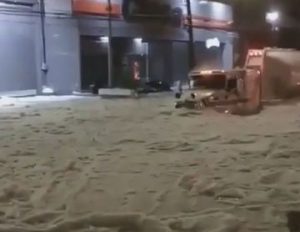 The hail storm in Guadalajara, Mexico, has shocked many who are calling it a freak storm. It has happened many times in various cities. The real concern is this fake research about global warming with the data being manipulated to pretend there is some linear trend.

The real concern is that by heading into a solar minimum, we do have climate change underway, but this is headed toward a colder environment. The winters will get colder and the summers hotter as the volatility switches between the two extremes. We really should be creating strategic food reserves rather than ignoring the real trend.

It is still snowing in Norway in July.