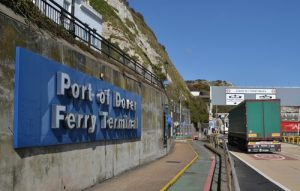 Paris is adamant that the EU should not renegotiate the Brexit deal. The French want to punish the British at all costs, and that means at the expense of their own employment and markets. Amélie de Montchalin, France’s minister for European affairs, said, “If the UK wants to leave the EU, and in an orderly way, the withdrawal agreement is the deal on the table, which has been negotiated for over two years. We’ve also said that the political declaration on the future relationship is open to discussion if the prime minister had a majority.”

France’s position is to end trade by blocking trucks from Britain through the ports of Calais and Dover. They are more interested in punishing Britain than anything else. They refuse any negotiation whatsoever. British trucks will not be able to board ships in Dover in a no-deal BREXIT scenario if they do not have the correct customs paperwork, following a deal between the Port of Calais and Channel shipping lines. Any excuse will prevent trucks from delivering anything to Europe.