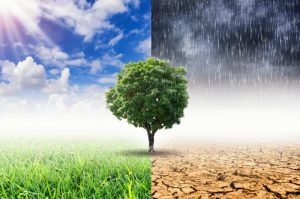 Being 100% in agreement with you about Climate Change I thought you might be interested in 2 newly released research projects one from Finland and one from Japan: The Finnish researchers conducted by Turku University, state in one among a series of papers, see: (https://arxiv.org/pdf/1907.00165.pdf)

“During the last hundred years, the temperature increased by about 0.1°C because of carbon dioxide. The human contribution was about 0.01°C”. This has been collaborated by a team at Kobe University in Japan, which has furthered the Finnish researchers’ theory: “New evidence suggests that high-energy particles from space known as galactic cosmic rays affect the Earth’s climate by increasing cloud cover, causing an ‘umbrella effect’,” the just-published study has found, a summary of which has been released in the journal Science Daily.

These findings are extremely significant in that both groups have identified the ‘umbrella effect’ as the prime driver of climate warming rather than anthropogenic (human) factors.

I look forward to this information reaching your blog so that other readers can be informed.

Many thanks for all your work which you so generously share and for the huge body of work you have put into Socrates, which is of inestimable value to all those involved in finance and investment.

REPLY: I have spoken with many in the field and all say the same thing. The data is altered and there is just no evidence that human activity has changed the cyclical nature of climate. Pollution is a separate issue which they use to confuse the weak-minded. We all want clean air and water. I lived in London when the busses were still diesel. It was horrible in the summer. I would have to hold my breath when walking near a bus. That does not equate to altering the climate cycles. They cleaned up the air and that no longer is the case. But then stench from the busses back in the ’80s is not responsible for the natural cycles in the climate that date back millions of years.