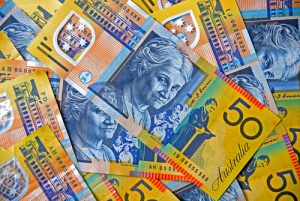 In Australia, they want to make it a criminal act with a penalty of 2 years in prison for purchasing anything with more than $10,000 in cash. Australia is really going off the deep end. They are desperately trying to eliminate all cash and are forcing people to have only bank accounts so they can tax them as they like. This ensures that when there are bank failures, they can just confiscate the people’s money to save the bankers. Australia began as a penal colony, and they seem to retain that idea that the people are really criminals in their minds and are not entitled to their own assets. This also explains why non-Americans are starting to hoard US currency around the world.

We should just accept it. Everything is our fault because we elect these people who then see us as evil. This is not going to end very nicely. What happens when it comes crashing down? Do the police start shooting citizens as has been the case in Venezuela?

Whatever happened to liberty, freedom, and morality? I do not know. I was in the airport going through security and the guy in front probably had not flown in decades. He was appalled at having to take his shoes off, and then his belt. He had $15,000 in cash and they demanded to see his ticket for if it was overseas, they would have confiscated the whole thing. He was going on a domestic flight. He asked, what else? Should he just strip naked? They finally said just go. In Australia, it would be a small tiny step to arrest you for just having more than $10,000 in cash.

There were two girls between me and that gentleman. They were probably in their early 20s. Their comments were telling. They said: This guy is stupid. You always have to take your shoes off. What’s he doing with all that money? So, here was one chap who hadn’t flown since 2001 and then two 20-somethings who had no idea that there was once upon a time when you did not have to go through all of this. They now see virtual strip searches as normal. Oh, how things change.