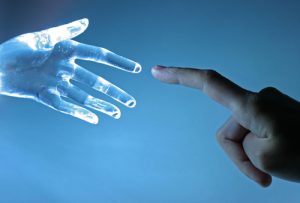 QUESTION: In George Gilder’s book “Life after Google” he states:
“AI cannot compete with the human intelligence that connects symbols and objects. AI cannot do without the human minds that provide it with symbols systems and language; programs it; structures the information it absorbs in training, whether word patterns or pixels; provides and formulates the big data in which it finds numerical correlations; and sets up the goals and reward schemes and target sequences that allow it to iterate, optimize, and converge on a solution. Consisting of inputs cascading through complex set of algorithms to produce outputs. AI cannot think at all.”

As someone who has developed Socrates I was wondering what your thoughts are as to the future of AI?

ANSWER: George Gilder is not a programmer. His comment is just skimming the surface. There is no complex set of algorithms that will stand the test of time. A computer cannot think, which is correct. That does not mean it is impossible to beat humans. Even Big Blue defeated the best chess player. A computer can analyze every possible strategy and select the best one whereas a human cannot.

When I designed Socrates, I fully understood that there could be no fixed algorithm that would work because the world was all connected and moving dynamically. After all, no empire ever lasted. Everything rises and then falls.

Feeding everything into the system and designing it to investigate, as I would in the human world, allows AI to make decisions based upon those investigations. It does mimic my thinking process, but it is not a biological entity so it has no soul and cannot think.

I taught it language and how to speak back in the 1980s because it would come up with conclusions that baffled me. I had to devise a way to communicate with it to understand how it reached certain conclusions.