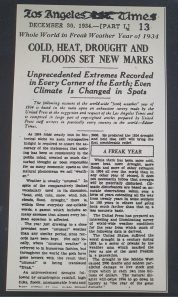 COMMENT: You have no proof that the extreme weather from hot to cold is normal. It is humans who have created this with pollution.

REPLY: You seem to WANT to believe whatever the people say and demand proof from me but not from them. Our models are based on raw data. They are not adjusted to produce a predetermined conclusion in order to get grants from the government to support more taxes.

You are showing that you already have made up your mind. They count on people like you for their climate change agenda, which is just a front for a socialist takeover of society. You clearly ignore all the articles that show there is MORE ice — not less. 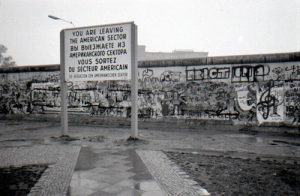 If I had to choose between death or living in a world of oppression, a world you seem to want to impose on everyone, I would prefer death. I have been behind the Berlin Wall before it fell. You have no idea what these people will do. I fear for our children and their children for they will NEVER know the freedoms that once existed.

There is ABSOLUTELY no evidence of human-induced climate change. The climate has ALWAYS moved cyclically and changed. It has NEVER remained the same even from one decade to the next. If you hate humanity so much, then set an example for your group and voluntarily commit suicide to reduce the plague of human existence you seem to maintain. I suspect it is not your death you would offer, but anyone who disagrees with your view.

That is what always unfolds and ends up with blood in the streets. Indeed, history repeats. They are just using climate change instead of outright demanding the confiscation of assets from anyone who has more than you.

I have friends who were born behind the Berlin Wall. They fled to the West when they could. They all tell the same story. What they fled from is taking hold right here and now. It has followed them.

This, I believe, is part of the cycle that warns of the fall of Western society by 2032. It gives me no pleasure in writing that.

The Hatred from the Left

Solar Cycle 24 to Bottom with the Economic Confidence Model 2020