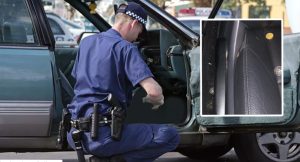 I have heard what I thought was every excuse for governments to raise taxes and seize money, but this is one I quite honestly thought was something too low for even the police. New South Wales police have come up with the most bizarre excuse to rob your money I have ever heard of. They now claim that driver safety is the main reason for this new initiative to confiscate whatever coins you have in your car. They have the audacity to claim that “Loose coins within cars are a safety hazard.” (see Double Bay Today)

They claim that a driver may perhaps bend down to pick up a coin and get into an accident. What’s next? They confiscate your phone and then sell it back to you after you are done the driving?

Australia has become perhaps the MOST aggressive country in Western Culture to hunt down its own citizens for money. They follow school children and then investigate how the parents are paying for the school. The Australian Tax Office (ATO) has applied for access to everything to hunt for money. They want access to phone calls, emails, posts, and SMS text messages.

Australians could face two-year jail sentences and fines of up to $25,200 under proposed laws that limit the use of cash to $10,000 — a move some groups argue would create an Orwellian state by giving authorities greater control over people’s finances. The government’s slogan – Cash is for Criminals. Thus was hidden in the 2018 Australian Government budget claiming it would save $5.3 billion by banning cash payments of $10,000 or more. Australian Treasurer Scott Morrison said it was a crackdown on the black economy. 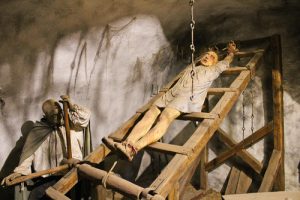 Instead of reform, they are reforming ways to hunt their own citizens. Australia began as a penal colony. The king needed money so just about anything you did from stealing an apple to any minor issue landed you not in prison, but they would sell you to a plantation for 5 years and transport you to a foreign land and leave you there. If they could torture you and get you to confess to one of 240 felonies, they carried the death penalty where the king could confiscate all your assets and throw your family out on the street. Prisoners would die under torture to save their families.

The King is Dead – Long Live The Tax Extortioner 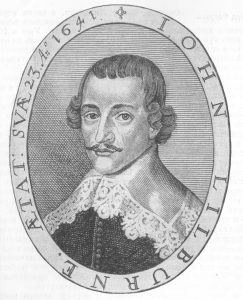 We actually owe the Fifth Amendment and the right to remain silent to John Lilburne (1614 – 1657). He defended himself vigorously in court, quoting from the works of the great jurist Sir Edward Coke (1552-1634) whose work the Institutes was the seminal statement of English law.

The Miranda decision by the Supreme Court quoted this right to remain silent enshrined in the Constitution of the United States known as the Fifth Amendment right against compelled Self-Incrimination. Lilburn proudly declared:

“Another fundamental right I then contended for, was, that no man’s conscience ought to be racked by oaths imposed, to answer to questions concerning himself in matters criminal or pretended to be so.”

Governments have made so many promises to win votes that they cannot keep. When in danger of being exposed, they turn on their own citizens and hunt them down for money. This is how Empires, Nations, and city-states collapse into dust.