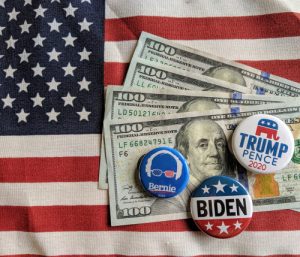 COMMENT: Mr. Armstrong thank you for your work and opinion.
RE: The Impeachment of Trump – Here We Go Again
Certainly the two Bidens deserve to be investigated by the countries where the sweet heart deals were made. This situation surfaced many months ago and there were no investigations by any country including the United States.

It can be said President Trump is merely pointing out the obvious that something corrupt was in play with the seat heart deals.

He’s in trouble in the eye’s of his political adversaries because he’s calling on the countries of (sweat heart deal) origins to look into these deals because Joe Biden is CURRENTLY running for the nomination of his part for President. I haven’t heard anybody address the idea of how would the situation change if Joe Biden WASN’T running for the Democratic nomination, or fails to win it.

Maybe Joe Biden is running for President to evade being investigated, but what I do know is his son isn’t running for any elected office. Maybe he should because you can’t be investigated by a foreign government if you are.

I am sure Biden will claim he made no such offer, but his son was hired knowing it would benefit with access to his father. If his son made such a suggestion, and his father was a director of a corporation, Biden would be in prison. It’s no different than the Clinton Foundation. Saudia Arabia even donated until she lost the election and then the donations stopped. They were clearly to “buy” influence. Biden’s son was hired for the same reason. The Statue reads:

A person’s state of mind is “knowing” with respect to conduct, a circumstance, or a result if—

In the private sector, claiming your son made the offer not you would not cut it. They would call it still a conspiracy. The jury would find you guilty and off you go. But for politicians, playing word-smith with statutes works.