I am curious about Industry/Technology, is there a cycle for the industry, the industrial revolution, internet, etc., is it linear or cyclical.  Should we expect self-driving cars and continued advances or some kind of reversion to the industry/technology past?   It seems that it may be linear, but maybe only up to a point and then the fall of Rome?

Was there maybe a grand civilization before Rome?  When we went through a museum in Rome with a guide, there was a breastplate that had different metals fused onto it.  The thing is that “technology” didn’t exist through the Roman time – the metal couldn’t be heated that hot to weld the two different metals (I don’t remember exactly the issue, just no one knew how the different metals were welded).  That would be cyclical but on a larger time scale?

I know your recommendation for getting into robotics in the future and can’t argue with that, just curious overall.  Your post of China moving on and the US going to horses and buggies got me thinking about this.

Thanks for any insight.  I really enjoy your work,

ANSWER: There has always been a cycle of innovation. That was one of Joseph Schumpeter’s main theories to explain the business cycle, which he called waves of innovation. For example, first, there was the Canal Bubble that peaked during the Panic of 1825. There was the invention of the telegraph. The ancient Romans had invented the first version of the Pony Express and could get a letter from Britain to Rome in about 7 days.

This age of communication was followed by the invention of the steam engine, which then led to the railroad boom. That really peaked with the Panic of 1893, but the final rally in the railroads was 1907. Thereafter, the automobile took over and peaked in 1929.

On January 1, 1914, the world’s inaugural scheduled flight with a paying passenger hopped across the bay separating Tampa and St. Petersburg, Florida. Planes were used during World War I, but after the war, there were thousands of unemployed pilots and a surplus of aircraft along with an appreciation for the future significance of this new technology.

It was after World War I when civilian airliners began to emerge. The Fokker Trimotor built in Europe by the Dutch with an 8-12 passenger capacity was the most popular airliner in the 1920s. It had a range of about 600 miles. World War II was coming into play when the USA built Douglas DC-3 with a capacity of 28 passengers. It had a range of nearly 1500 miles. The DC-3 made its maiden commercial flight in 1936 between New York and Chicago and thus the airline stocks were the big innovation for the rally into 1937.

It was 1938 when televisions first began to be commercially available. It would be after World War II when this became the next real innovation boom. It was 1954 when color RCA TV systems were sold across America. By 1960, there were four debates between John F. Kennedy and Richard Nixon that were broadcast and changed the manner in which presidents would campaign. By 1969, Neil Armstrong walked on the moon for the first time as millions of American viewers watched live on network TV. 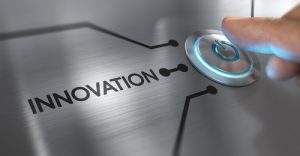 Of course, we have the internet boom in 2000, etc., but there is a clear cycle of innovation. There is a difference between when something is invented and when it becomes commercially viable. Based upon our database, the next one is in play which I believe is quantum computers. This will perhaps reach commercial viability by 2026. Artificial Intelligence may be the next immediate stock on the hotlist at some point in the near future.

The Wave of Deflation & Rising Unemployment