Governments Love to Play With the Numbers 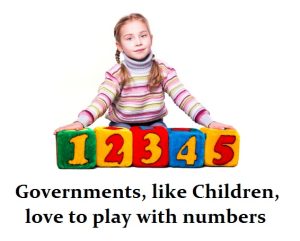 QUESTION: Hi Mr. Armstrong.
I’ve learned more reading your blog last 4 years than working in finance for 20 years. As you say, the average employee in finance hasn’t got a clue about what’s going on.
Question: There’s one thing that has bothered me for a long time; uncertainty about numbers regarding GDP, unemployment and so forthcoming from governments; are they trustworthy?
The reason behind the question is what happened during 2007 to 2009, where banks, rating companies as Fitch, Standard & Poor, Moodys, SEC, and all who are supposed to be reliable were lying about the real situation for several months before the bubble popped. Subprime loans didn’t get downgraded for several months even though there were severe defaults all over.
Are the key numbers revealed trustworthy when we know what the finance sector is capable of regarding lying/hiding, and now there are the government’s own bonds at stake?
Best regards
FF

ANSWER: Thank you. They just do not teach international analysis anywhere. It is the foundation of hedge fund management. It is also why we have the largest international client base anywhere. I have been asked now by three universities to teach. I just do not have the time. I keep telling myself I should do a textbook. I think I will get to do it in my next life perhaps. There never seems to be enough time.

Regarding the numbers, I have two factual encounters that have formed my conclusion. Because I have been an international adviser, I had to look at the numbers globally. What I discovered back in the 1980s was that every country had its own formulas. Comparisons were not realistic. I was asked if I would debate the top economist in Canada because my comments on economics were different from everyone else’s. I said sure. I debated him in Vancouver and it was hosted by Michael Campbell. The economist kept trying to compare GDP and inflation for Canada and the USA, and I would just respond that the formulas were completely different. He knew that, but economists only have the government numbers to play with. After I corrected him several times, he lost his cool on stage and said, “I am sick and tired of you Americans coming to Canada and telling us what to do!” At that moment, Mike Campbell stood up and ended the debate. After that, the AAP in Australia asked me if I would debate the top three economists in Australia on national TV. I said sure, why not. They all declined. 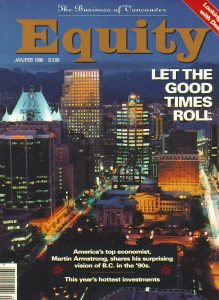 I hired a staff member, Lynn, who worked for me before she got married back in the 1980s. She was fantastic. Her job was to analyze the numbers of every country (below is one of her notes on inflation). We tore apart every country and created our own set of numbers that allowed us to actually do real-world comparisons to identify global trends. By the end of the 1980s, I was named the Top Economist in America all because we had the real numbers and not the government’s fake numbers they like to play with.

Going into 1980, just about everything was indexed to inflation basis the CPI. Even private contracts for rents were typically indexed to the CPI. The government discovered that if they could change the formula to reduce inflation, they could reduce expenditures. The CPI revisions began removing real estate and replacing it with rents on the theory that real estate was an investment — not your cost of living. They then reduced the sample to rents where they were controlled, which further reduced inflation. They have altered the number so many times that it is IMPOSSIBLE to ever get inflation based on the CPI back to the 20% level of the late 1970s.

One day Lynn came to me and asked me to review her work for she could not find a mistake that was so obvious. In GDP, the government calculates total government spending as a component. They also add total personal income. The mistake stared us in the face. It appeared that GDP was counting workers for the government TWICE: (1) total spending, and (2) total personal income. We searched every calculation to try to find where they were accounting for this blatant era. I knew the top people at the BEA (Bureau Economic Analysis) so I called, explaining the error, and asked for assistance in showing me where it was backed out. They said they would check and get back to me. Several weeks passed and no return phone call. I called my friend again. His response: “No comment.”

Using government numbers is Pandora’s Box we dare not rely on. Zeus presented Pandora a box/jar as a gift and when she opened it, sickness, death and many other unspecified evils and plagues were then released into the world. The only thing which did not escape before she tried to close it was hope.

What to say?  US has many measures.  WSJ more or less picks up most of them but seems to emphasize s.a. change in a month.

Best to use year over year for int’l comparisons, probably.  Do we or don’t we have seasonal adjustment problems then?  IN U.S. we get month over year ago n.s.a.

What about the compound annualized rate for calculation of real interest rates? This way we’d have two forward-looking rates.  It’s probably a good idea to work with an average for three months

If we want to talk about GNP growth and consumer price inflation in the same breath, be sure the percentage changes are figured in the same direction: annualized forward, or compared with the same period in the prior year.

BLS says that to look at the trend, it’s best to look at s.a. numbers.  If we want to know about actual prices we’re paying, unadjusted numbers are best

Remember that consumer price inflation in Latin American countries is typically reported as changes between the current period and previous period seasonally adjusted at compound annual, rates… i.e. as forward-looking rates.  But there’s another twist. They usually say something like “bringing cumulative inflation to 67% so far in 1986.”