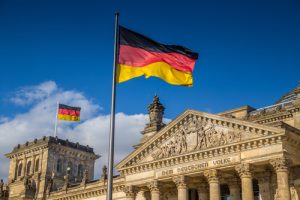 It can not be said enough: thank you for everything that you do.

I have a question that has been bothering me for some time now. I haven’t had the time to compose it until now.

You often talk of the fact that Hitler was elected with only 30% of the vote, and was allowed to propagate because of it. This changed the face of Europe and the world.

Was this the same for Merkel? Was she allowed, with only 30% of the vote, to open the borders and so change the face of Europe for decades to come?

If so, then Germany, with all its preoccupation about hyperinflation, has misread history and so should have focused on electoral reform rather than austerity.

Thanks, from a dedicated daily reader,

ANSWER: Yes, political reform in Germany is really essential. At the very least, it should adopt the French system where the first round of voting reduces the multi-party factions to two. Then the people have to vote between them. In the case of Germany, they form governments from groups to form coalitions. This means there must be compromises in what the people voted for. It is wrong that those compromises are then decided by politicians rather than the people. The next result, someone with only 30% can change the face of Germany and Europe.