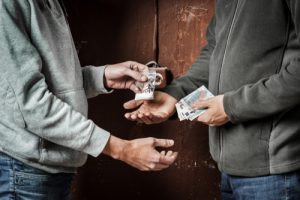 First of all, thank you for all the information you give us on your blog so that we who are and live in third world countries like me can understand the behavior of the global economy and especially in the rich countries. The way I approach the issue of the sovereign debt crisis has been very helpful, but I think that just as the press does not talk about the issue, you do not address the issue of how the illegal economy, especially that of drug trafficking, It affects the global economy.

Can you tell us what Socrates says about this last topic?

A big and warm greeting

ANSWER: The drug trade is cash. It has had a major impact upon keeping the political governments south of the United States in chaos. In all honestly, if drugs were legalized, it would save so many lives and help reduce crime. In America, many are attracted to selling drugs because of the money they can make without education. South of the border, people are killed and subjected to slavery, tyranny, and political corruption all because of the drug trade. The number of people who die from the violence far exceeds the number of people die of an overdose.

Socrates picks up the cash flows. Much of the money is laundered into real estate around the world, but particularly into Miami.