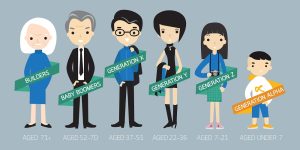 I live in the UK and I’m thinking

“Is there anyone out there that thinks the same way as I do about Brexit..??? Because no one on TV or in the media look at the Brexit situation like I do…??

However. Every single person I speak to. “Do actually agree with what I say..!!”
Here is my thinking….!!!!

1:- Why did I and many people vote for Brexit???
Answer:- Because we want to be “Free of control” from the EU….!!!
(While it was just a trading agreement it was OK.)
But when it (the EU) took control over our Laws, Jurisdiction, Parliament & or very existence without the ordinary guy in the street having any say about it.
It became something of a dictatorship.

I would like to know what other people feel about not only Brexit. But all other “So-called” Democracies……????.
And with all the riots going on around the world now, are we heading towards a worldwide revolution by the peoples of the world…….??????
Because that’s what it seems like to me.

ANSWER: You are correct. The EU has deliberately rejected democracy because the elite believes that one European government will eliminate war. They have tried to create a single government, but have simultaneously refused to have consolidated the debts. Had they done that and Britain had joined, then it would be next to impossible to exit because of the debt.

We are witnessing a worldwide revolution indeed. People are rising up against governments in general because it is obvious that corruption has become standard. Additionally, we have the third generation from World War II, which means their values have completely changed from the 1st generation. This has a host of differences from what they consider to be viable to ethics. This is one reason why the younger generations do not look at silver or gold as the first generation.