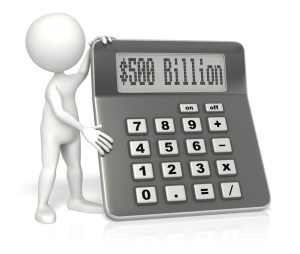 QUESTION #1: Marty, I read the Repo report. I understand why you will not discuss this publicly. OMG, nobody seems to have a clue about the truth behind this crisis. What do you think of this latest claim that the Fed will inject $500 billion for the year-end? This seems to be the same yelling that it has to be inflationary and nothing happens. Would you care to comment?

QUESTION #2: I think the real problem is there are not many of us left who were really traders from even the 1990s. The younger generation just looks at screens and follow computers with no basic knowledge of actually trading. Marty, we are a dying breed. I think this crisis is as you have outlined and it will be far worse because the people on the desks these days have typically less than 10 years of experience. Banks have sought to save money with cheaper staff but that means no experience. I can count on one hand those in the bank who were around before 2007. They do not know what a bond crisis looks like. Then you have these people talking about $500 billion the Fed will inject at year-end as if this will be inflationary as they forecast back in 2008. That hyperinflation became deflation and they never understood that either. There are so few people around pre-2007 it is scary.

ANSWER: No I cannot comment on this open blog. It is far too serious an issue and since nobody is discussing the real issue, I would be blamed for setting a crisis in motion because the governments will never admit they caused anything.

As far as this $500 billion, yes, they are painting this as Quantitative Easing the same as it was in 2008-2009.  It has ZERO impact economically. They still do not understand even what Repo is all about. At year-end, it is not just banks using Repo to window-dress their books, it is hedge funds and corporations. Everyone tries to Prissy-up their books for one day and then return to normal the following day. The Japanese would liquidate their investments for March 31st and then reinvest the very next day. In France, coupons were taxed so the French would sell their stock to the Brits for a day who would collect the coupon that was non-taxable since they were a foreign investor, then split the tax savings and the stock returned the French the next day.

The Fed did not lower rates BECAUSE they cannot. This Repo Crisis is all about them trying to PREVENT short-term rates from rising. They have stated that the economy is strong. This is not QE to stimulate the economy as it was 2007-2009. This is a liquidity crisis BECAUSE banks no longer trust banks and everyone is running scared to lend money for nobody knows who has exposure in Europe goes belly-up.

This is NOT QE, and it does not have the same economic consequence. The Fed has been buying T-Bills desperately trying to PREVENT short-term rates from rising because banks no longer trust banks – PERIOD!

The old days of trading are gone. Yes, the younger generation behind the desks lacks the understanding of how markets really trade in the middle of a crash. This new generation of computer programs shut down when volatility rises. This will indeed increase the risk going forward for the typical committee overseeing the traders knows often even less than they do for they are too occupied with complying with regulations that they have no idea of the risks that lie ahead. This is an absolute crazy problem we face.