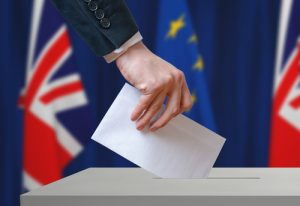 Conservatives are now in full control of Parliament, and Britain took one major step closer to leaving the European Union. The socialist Jeremy Corbyn said he would not lead the Labour Party in another election. All the hype about socialism and how they have been so vocal has resulted in what our computer has been projecting – not this time. There has been a shift extremely left in many elections including those in the United States. But for all the noise, yelling, and screaming, socialism is dying.

The British election was called because the opponents of BREXIT did everything in their power to obstruct the democratic result of the referendum to leave the EU. They had the audacity to claim the people were too stupid and did not understand what they were voting for because the politicians have continued to want to surrender British sovereignty to Brussels while for some they would lose their pensions.

While the election began as a second referendum on BREXIT when the polls showed that the Conservative Party of Prime Minister Boris Johnson was well ahead of Labour, the Labour Party did what politicians are great at – tried to change the subject. The Labour Party, led by Jeremy Corbyn, turned the election away from BREXIT, which he knew he would lose, and transformed it to the claim that the Conservatives would sell Britain’s National Health Service to Americans. That was really absurd since the U.S. government cannot deal with Obamacare yet they were going to take over Britain’s failing health system?

The significance of this election is demonstrating the rising frustration with governments. As they say, it is better to deal with the devil you know and in that case, it is British Parliament. The British people have no right whatsoever to vote on the policies coming from Brussels. The British government loses every time in any dispute with Brussels. It has been simply a relationship that has never enjoyed mutual respect.