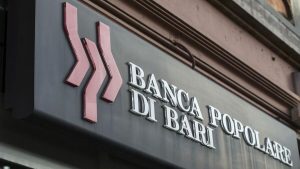 In recent years, the Italian state has repeatedly had to bailout banks, including the Monte dei Paschi di Siena (MPS), which is the oldest bank in the world. Because of the long-standing economic downturn, the banks in Italy still have bad loans on the books because Europe refused to engage in a bailout as was the case in the United States. Instead, the ECB kept lowering rates in the hope that the banks would make up the losses. But the economy has never recovered beyond just superficial images. The bank’s losses have reached one billion euros. Prime Minister Giuseppe Conte reiterated on Sunday that everything will be done to protect savers and hold those responsible accountable, but those responsible are running the ECB.

Within the European Union, bank deposits up to 100,000 euros per customer are legally protected. In the case of Bari, however, according to press reports, there are around 70,000 small savers who have not invested their money in savings accounts but have invested in share certificates in the bank. These small shareholders could face total loss if the bank collapsed. This would also have serious social impacts in the Mezzogiorno region.

Obviously, our European readers should NOT own ANY bank stocks in Europe. Get out before you lose 100% in these bail-in actions.